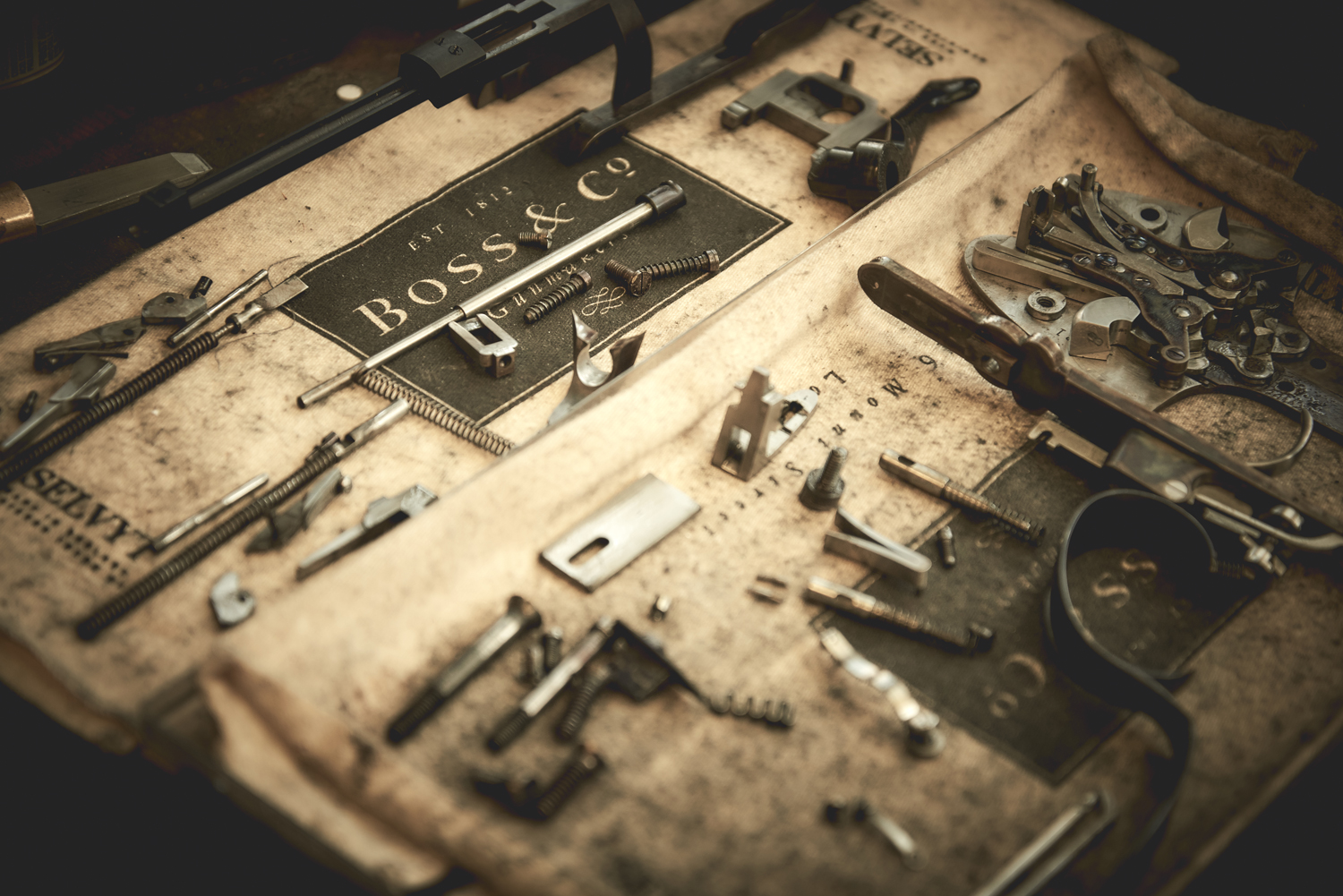 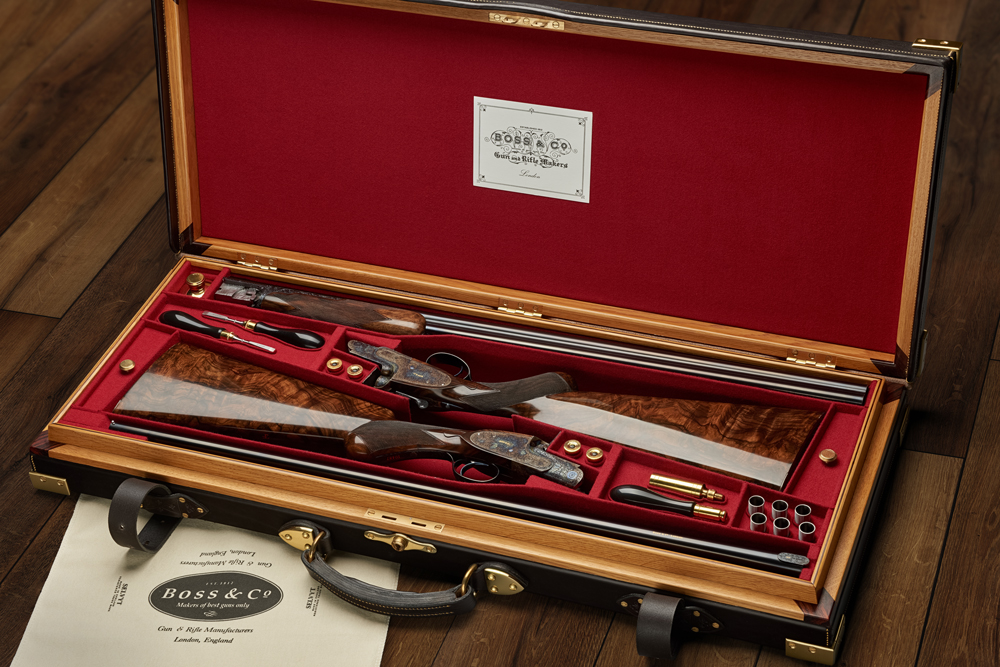 Digital, e-commerce, social media, next day delivery, buy it now, monthly instalments, virtual offices. Today the world revolves around technology, we want everything immediately, but we want to pay for it later. The business world today is fast-paced, what was once popular is soon becomes a has-been. We want to be ahead, we want the latest, we want to be admired, we want to be modern.

Imagine, then, what it is like to run a business that has remained open for over 200 years. That in itself that is no mean feat. Now imagine that company had remained in private ownership since the day it opened the doors in 1812.  Then consider that this company has been selling largely the same product since the 1800s. No, really. It has ridden through many recessions, fashion changes, trends and cultures and is as busy and prosperous today as it ever has been.

Boss & Co are in the business of gunmaking and are regarded globally as makers of the world’s finest sporting guns. It is a little-known fact that London was once a hive of gunmaking activity, back in the 20s you would pass as many gunmakers as you do coffee shops today. The supporting businesses would be profitable and plentiful. As tastes and cultures changed, the number of gentlemen requiring a sporting gun reduced, as did the number of gunmakers serving that need. Despite this the UK, and London in particular, has retained its reputation as the place to buy the world’s finest guns and today Boss & Co continues to build Best Guns Only from their London gun factory for clients who want, and can afford, the very best. 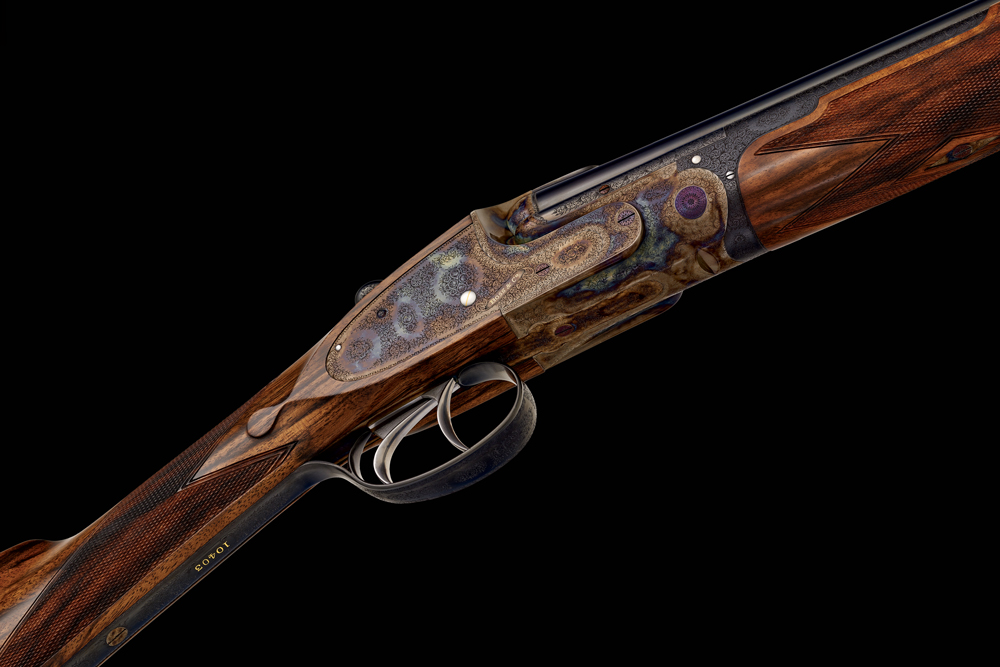 It’s not easy to name a product that is 200 years old, yet still remains perfectly usable today. To make that conundrum easier, let’s consider a product created a mere 100 years ago. Of course, you could suggest a classic car, but without a number of modern upgrades it would be impossible to use as daily transport. A refrigerator of the period would no longer provide you with an ice-cold beer and if you walked down the street in an outfit from the 1920s you’d certainly stand out for all the wrong reasons. However, many Boss owners still shoot today with a gun made in the 1920s, having needed nothing more than an annual service to keep it shooting as good as the day it was made. Not only will a 100-year-old Boss shoot perfectly, it will look magnificent too, with its sleek lines and detailed engraving the owner has the pleasure of knowing that another Boss is unlikely to be in the line-up. When you consider the rarity, exclusivity and longevity of a Boss, you start to understand the long-standing appeal their guns have and the huge respect the company attracts from around the world.

As mentioned, Boss has been privately owned since inception passing through a relatively small number of owners considering its long heritage and history. Today Boss is owned by Arthur DeMoulas, himself a seasoned Boss collector and shooter and a man with a real and genuine understanding of the brand. Mr DeMoulas didn’t buy the company through vanity, nor did he buy it to make a fast profit, this was a purchase of passion, a prize earned after years of chasing and negotiating such was his drive and determination to see the company ran as he knew it deserved to be.

At The Executive we meet many captains of industry, the majority tell tales of increased productivity, the streamlining of workforces or enhancing profitability. At Boss, there is a history to protect and a heritage to respect. How do you run a business with such a rich history and firm client expectations? How do you begin to make changes to a company that has survived over 200 years as it is? The answer is simple, by allowing that rich history to fuel your forward thinking. 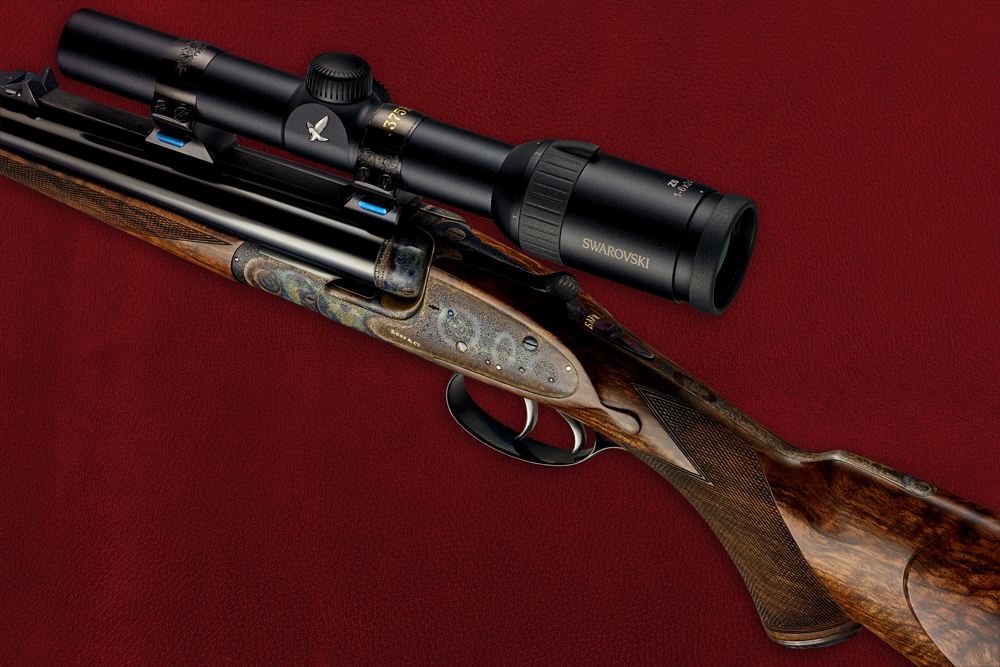 Boss has always been regarded as a pioneer and innovator. In the 1800s they made duelling pistols of the highest quality. In the 20s and 30s the company introduced shotgun mechanisms and styles that remain popular, and often copied, today. If you shoot a single-trigger gun, you can thank Boss. If you shoot an over and under shotgun you can thank Boss. During their heyday Boss led the way and earned themselves the title of ‘The Gunmakers Gunmaker’ in that a Boss was the gun most gunmakers would choose to buy, if they had the means to do so. Does an accolade get any better than your peers having a desire to own your product over any other? It speaks volumes.

It is this history that inspires DeMoulas today. Boss’s forefathers laboured to produce guns of the highest quality, they were heralded as makers of the most beautiful guns, they made guns to order and nothing was rushed. Step inside the Boss factory and that ethos and passion remains to this day. Workbenches are full of skilled labour, each with an apprentice or two alongside. Each and every gun is still made by hand using processes unchanged since the 20s. No modern machines are used, in fact the factory is so low-tech that the desk of DeMoulas himself is devoid of any computer. Look at the gun market today and you’ll find few truly handmade guns, Boss is single-handedly continuing the almost lost art of the handmade gun, and their customers are delighted by that.

DeMoulas tells us of customers, experienced collectors and shooters, who are amazed when they visit the factory. How they tell him how a Boss built today matches or exceeds Pre-War quality (often seen as the golden age of gunmaking) and how a global clientele, who want to buy a Best London Gun are travelling hundreds or thousands of miles to buy a Boss from the London factory.

But DeMoulas doesn’t rest on his laurels, nor does he take praise for how the company is run today. Like many true leaders he gives credit to the workforce who have the skill and dedication to give each handmade gun the hundreds of hours of love and care needed to create it. Likewise, he has praise for the customers who have such a passion for the brand. He tells us that, on his watch, a Boss will always be a best gun, and a handmade best gun at that. He tells us how he wants to make his Boss forefathers proud by continuing to make guns by hand using methods created over 100 years ago. 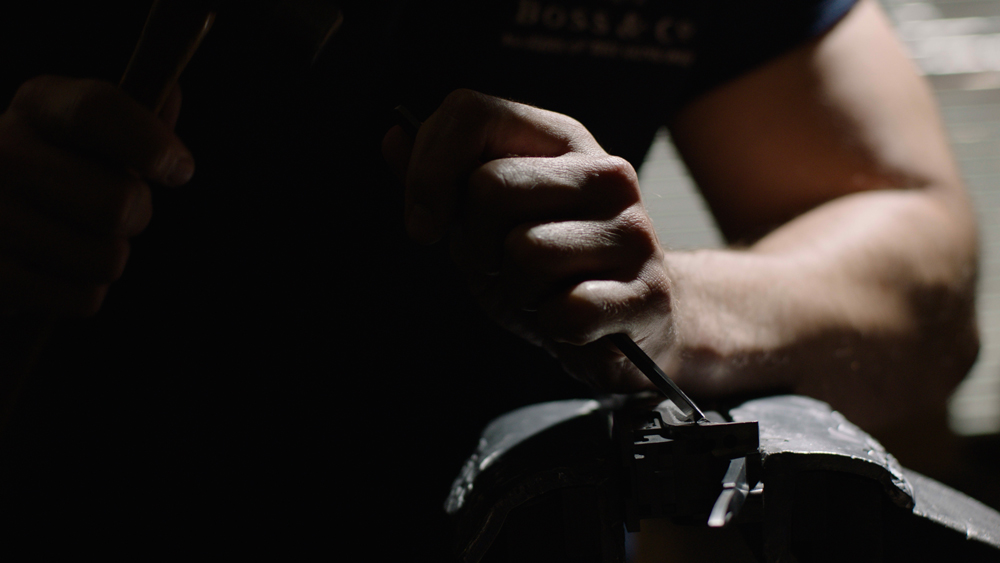 Such an understanding and dedication to your history is impressive, but is there a danger of spending so long looking back that you don’t see what’s in front of you? Fortunately, Boss mix modernity with heritage perfectly, but not with machines or tech, they futureproof in a different way. DeMoulas knew that if Boss was to survive for another 100 years (or more) he needed to do a number of things. As we’ve explained, gunmaking is a dying art and with each person or company who passes away, key knowledge is lost. To counter that, Boss recruited apprentices to work alongside each skilled man so they can carry on the Boss legacy to pass to the next willing apprentice. They also ensured a solid supply chain of materials, invested in attending shows and events and made employee loyalty a main focus. Boss is a family working to an agreed vision, DeMoulas tells us. As visitors that was apparent whenever we spoke to a gunmaker, such was their passion they could hold your attention for hours.

Today many companies unveil recreations or launch so-called retro products. Boss can look to its past and bring back actions that have not been seen since the 30s, they can build a gun that was last seen as a one-off over 100 years ago. Boss owns the patent, they have the skilled labour. These will not be recreations, they will be exactly as they were when launched in history and, being a Boss, they will work perfectly in today’s world. DeMoulas has a unique way of using the past to create an exciting and unique future and he knows, as a Boss passionate himself, these new products will resonate with both existing and new clients.

Ask yourself this. Will your new start-up be standing in 200 years? Are you chasing the pack, or forging your own path? Are you choosing the easy option when the hard way could be the best way? Are you looking so far forwards you forget to consider the past? Boss does things the way they have always done, with a grasp on the importance of heritage, a respect of history and a collective desire to be the best. It is a brand built to stand the test of time and Arthur DeMoulas has recently reinforced its foundations to be stronger than ever.