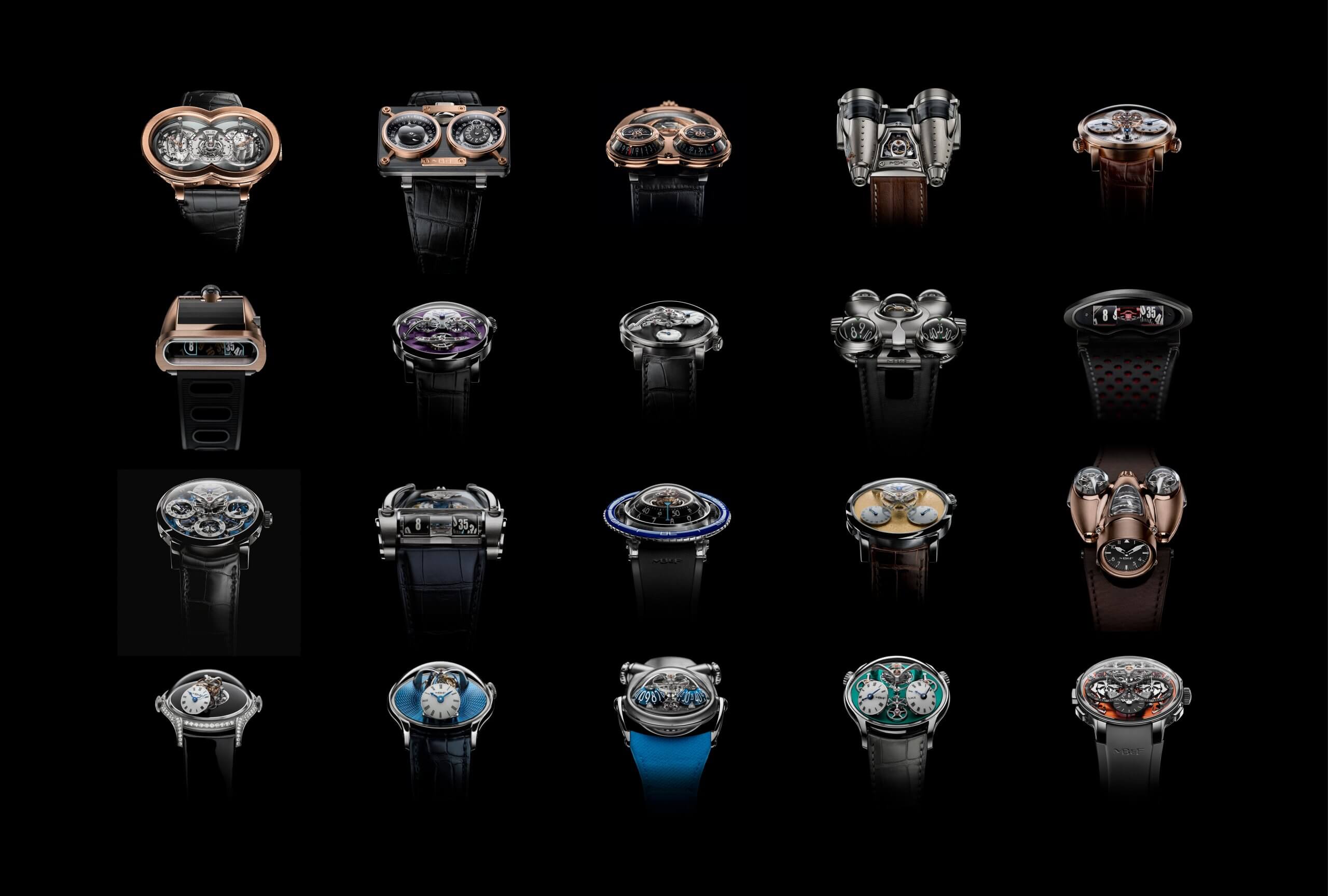 In the complex and beautiful world of fine watchmaking, releasing each new watch with a new movement is extremely rare. It is more than unusual, and it is way past the point where something could politely be described as eccentric. In the watch industry, creating a new movement for each new watch, at the speed of one or two watches every year, is likely to get you labelled officially insane.

This is exactly what MB&F did, starting in 2007 with the HM1 engine. Over a period of 17 years, 20 calibres were created, the latest being 2022’s LM Sequential EVO. Initially working closely with external watchmakers, the first Friends in MB&F (Maximilian Büsser and Friends) vernacular, production metamorphosed into a predominantly in-house process, with the first fully internalised movement being 2014’s LM101 engine.

Until now, the MB&F story has mostly been told in terms of the actual Machines themselves — Horological Machine N°1 (2007) that debuted Max Büsser’s new vision of watchmaking, Horological Machine N° 3 (2009) that cemented the brand’s reputation for design audacity, Legacy Machine N°1 (2011) that opened the next frontier of horological expression at the brand, or Legacy Machine Perpetual (2015) that rewrote the book on calendar watches. But what follows is not the MB&F story as you know it — because the Engines have their own voice.

FROM IGNITION TO TAKEOFF

Each of the various external watchmakers behind MB&F’s movements brought something different to the table. Viewed as a whole, these differences provide a second perspective on the story of the brand — an alternate dimension of mechanical interconnectivity that illuminates another side of the Machines. In context of the wider discourse about MB&F, it takes a certain capacity for analytical thought and horological understanding to perceive this dimension.

Horological Machine N°1 and Horological Machine N°4 may look nothing alike to a casual observer, or even a relatively experienced watch enthusiast. Knowing that both HM1 and HM4 engines were conceived by Laurent Besse, knowing that both these projects are considered by Max Büsser the biggest professional and financial risks he ever undertook at MB&F brings out a previously hidden aspect of the MB&F Machines. So does the connection between HM2 and HM3, whose engines were signed by Jean-Marc Wiederrecht, and whose consecutive impact on the international watch community established the significance of MB&F in modern avant-garde horology. Think about how the hat-trick of LM1, HM5 and LM2 by Jean-François Mojon anchored the brand’s narrative continuity from 2011 to 2013 as MB&F embarked on the potentially destabilising new Legacy Machine collection. Or how Stephen McDonnell’s untrammelled engineering prowess fuelled LM Perpetual and LM Sequential EVO, MB&F’s two most mechanically innovative creations.

There is also the spiritual patrimony that links otherwise disparate developments. A prime example is the existential debt owed by HM6 to HM4, with the success of the latter setting the foundation for another such audacious foray. Or the technical inheritance that traverses the line between Horological Machine and Legacy Machine, such as the acquisition of savoir-faire in vertically oriented tourbillon construction that passed from HM7 to LM FlyingT. Not to mention the groundbreaking split escapement that originated with LM Perpetual, took centre stage in LM SE and then made its latest appearance in HM10.

The MB&F story, when viewed through the lens of its Machines, is a journey through the culture of modern independent horology. When viewed through the lens of its Engines, it is a map that charts the parallel rise of watchmaking technology itself. In the 17 years between 2005 and 2022, MB&F released 20 exceptional calibres, a rate of production unmatched by any other comparable brand. They say the real measure of a life is not the number of breaths you take, but the number of moments that take your breath away. Max out your Engines. It’s time to recognise what it truly means to create 20 calibres in 17 years. It’s time to take your breath away.