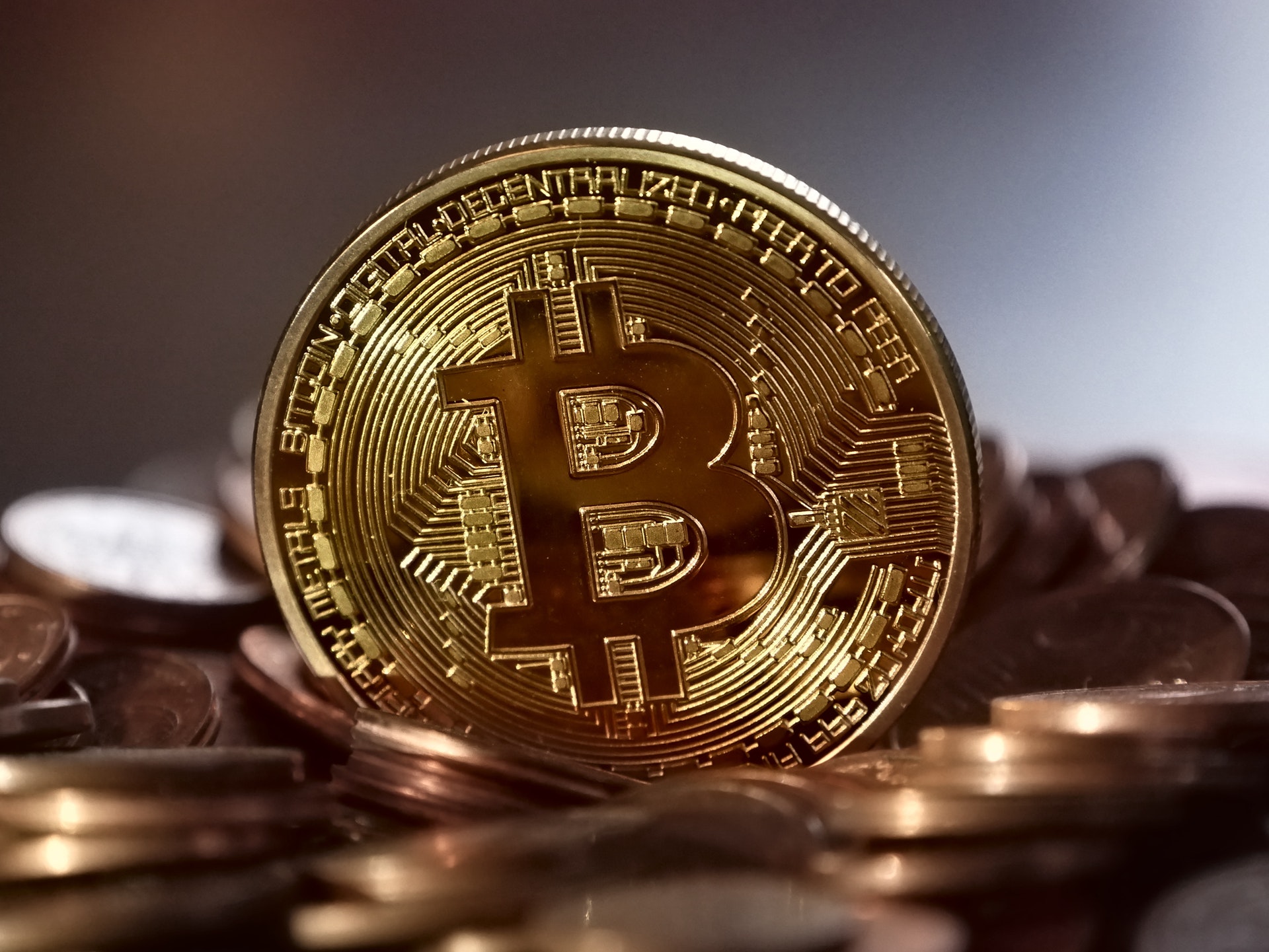 It’s the investment that everyone is talking about. Bitcoin, the gift that seems to keep on giving.

Predicted to be a passing fad by many, myself included, staying in the realm of digital geeks, using it as another way of differentiating themselves from the masses. Or to be another investment bubble waiting to burst like all of those that have come before it. Let’s look at the global history of economic crashes that have surrounded investments in the past 100 years to see why so many predict this as a bubble fit to burst.

The Florida Real Estate Bubble which occurred between 1920 and 1925 was a speculative property bubble created by an economic boom in the US, and from that the enablement of the wealthy to travel for a holiday. Florida, was at the time, mainly swampland, but the glut of available cash meant developers were selling destination properties hand over fist. Lasting 5 years, the bubble created many millionaires before the crash that almost crippled the state’s economy.

That bubble was quickly followed by the famous stock market crash in America of 1929. An economic bubble had occurred, spurred on by the influx of new technology available, such as cars, planes and the radio. Again, people speculated heavily on the back of this rise in innovation, often with borrowed funds, and whilst some became extremely wealthy, 1929 collapsed the banking system. This started the great 10 year depression which ended in the late 1930’s.

Then, unfortunately we had the second world war, lasting from 1939 to 1945. The middle east followed in 1982. In Kuwait, a market bubble occurred when Kuwaitis began investing in Gulf companies, in an attempt to follow the economic boom caused by oil in the middle east. A market, again supported by borrowed funds, where payment was accepted in the form of post dated cheques, allowed billions of dollars worth of investment paid for by an unsecured form of currency.

It initially reads worse than it should, note that in Kuwaiti culture, one cannot default on cheques, it brings shame to the borrower and all of their family, so this type of investment whilst not traditional by western standards, was ultimately allowed to continue.

However, as the unofficial market boom that ensued took hold, many shell companies that had previously not existed suddenly appeared, and with no regulatory body in place to govern what was going on, many underhand deals occurred forcing a huge bull market. Ultimately, as with allunsupported transactions, what goes up must come down and in 1982, when those post dated checks were unable to be cashed, the whole market collapsed leaving the investors indebted to the tune of $91 billion. This time, the Kuwaiti government didn’t step in as they had in previous times of financial difficulty, and under muslim rules, the investors had to bear the losses themselves. The equivalent of $90,000 for every Kuwaiti man, woman and child.

Not learning the lessons of history, the wall street crash soon followed the footsteps of Kuwait. After riding an extreme bullish market from 1982, backed by mergers hostile takeovers and leveraged buyouts, the stock market crash of 1987, historically referred to as Black Monday, saw the Dow lose 22.6% of its total value. It is still the largest 1 day crash in recent history. However, between 1986 and 1987 the Dow had actually doubled its value, so whilst the crash was a huge dent to the economy, investors that held their nerve still had made huge sums of money.

Not long after that bubble burst it was Japan’s turn. After riding a 30 year economic bubble, driven by the country focusing on automobiles and electronics after the war, in 1989 the stock and property markets began crashing. In 1992 the Nikkei registered at 15,000 points, down from its crest of 40,000 points at the height of this blissful period. The Japanese bubble, differs from the others mentioned here, as typically the pattern developing has been 5 years of growth and profit followed by a crash, or at least no longer than a 7 year period. All crashes have involved losses on the back of economies blossoming by the apparent ease of access to credit facilities.

After that follows the famous dotcom bubble of the late nineties and early 2000’s. Investors were speculative over the early dot.com shares floated on the NASDAQ, believing that a new era was being ushered in over the use of technology. Again, sounding as resoundingly familiar as the crash in America in 1929. Over valued companies, and excessive risk taking in companies who were nowhere near being in profit, saw an eventual crash reducing the index from 5,000 points down to around 1,000 points. An 80% loss on the index.

Finally, to bring my travel through bubble bursting history to a close, we have the recent global recession. The biggest global financial crisis most of us alive have witnessed. In August 2007, here in the UK, the credit market went into a downward spiral. BNP Paribas froze assets of hedge funds exposed to the US subprime mortgage market and Northern Rock followed up with a run on their bank in early September – the first on a UK high street bank since the 1860’s. Although many people believe it was Alistair Darling’s fault for dithering over a statement to reassure the public that their savings were secure, ultimately, as the record shows, allowing banks to create their own products without proper governance and scrutiny only ends one way.

In truth, in many parts of the country, people are still in recession, with wages not reflecting inflation and the cost of living ever increasingly compounded of course by Brexit, are we potentially looking at another recession? But shining brightly amongst the doom and gloom is Bitcoin, rocketing daily ever skywards, lighting the way for investors to follow, and I’m sure as in all previous bubbles, many millionaires now lie in its wake.

But is it a feasible long term investment?

The investment in blockchain makes sense, the outdated legacy settlement systems and banking infrastructure have been long in need of an effective overhaul. In fact, coming from an investment banking background I completely understand how the blockchain will effect change for the good, but bitcoin is no blockchain. The blockchain has a long term investable benefit and is here to stay.

Bitcoin however, to all intent and purposes it is the very essence of a basic supply and demand product that has no intrinsic value, other than what someone else is prepared to pay for it. That in itself makes me nervous and brings a reluctance to invest in it. Fads of course are just that! Firstly, the Bitcoin is not supported by a commodity or backed by a government, you can mine more of the coin pretty much like quantitative easing and it seems like doing so at today’s exchange rate (6th December 2017) of 1 bitcoin = 9590.29 British Pounds is a steal. Whilst covering mining of the coin, there are already clamours from those focused on greener world activity, that mining the coin is having a disastrous effect on the environment.

Coindesk published an article in 2015 from an Australian think tank that reads Debate about the environmental effects of bitcoin mining has resurfaced following claims by an Australia-based sustainability think tank that bitcoin could eventually consume 60% of annual global electricity production.

According to the Long Future Foundation&#39;s website, its calculations are based on the assumption that 1 BTC is valued at £1m, the cost of mining this resource is $500,000 and 3,600 bitcoins are produced every day.

“Bitcoin miners can get power cheaply for $0.05 per kilowatt hour (kWh) which means that they get 20 kWh per dollar spent”, notes the website.

Secondly, Bitcoin is finite! There can only ever be 21,000,000 coins and there are around 16,000,000 in circulation right now, (4th December 2017). So Stephen Goss CEO of Zeeto, a data discovery platform writing for Fortune.com compares it to investing in Fine art, he writes. Like Bitcoin, a great painting has no asset-backed value, but it is a scarce resource. Even my finest work is worthless because there is no demand for it. When an auction house estimates the value of a Picasso, it doesn’t do a fundamental analysis of what the paint, the canvas, etc., is worth. Instead, it attempts to predict the demand for the painting. If the demand wanes, the price goes down. If the demand waxes, the price goes up.

So this statement backs up what I previously said, it’s all based around a traditional supply and demand model, the limited numbers of Bitcoin, hyper-inflating the value. But so are the Nike Air Jordan Trainers I collect and I’m sure many readers aren’t interested in investing in those. Being one of the in-crowd right now can make you money, with a potential 5 million more coins up for grabs, it’s a market for now, potentially worth investing in, but that isn’t my recommendation in any way shape or form.

Fast forward to when these coins are all mined what happens then? The train hits a buffer, a fair few have the privilege of owning some limited bitcoins and the price potentially drops. If any of you have by then invested in any of the derivative investments popping up on the markets – and my gut immediately thinks credit crunch, how much do you stand to lose?

Also, when Bitcoin hits 21,000,000 let’s surmise that there is a decision to produce more. This again will dilute your current holding and devalue your investment, so I I can’t see a logical outcome other than something that currently bucks the trend, but effectively will become something akin to fine art, collectable but only of use to those who want it.

History shows we all love to buy or invest in something with limited purchase appeal, in fact, it forms the basis of all high price items of today. Provide a product or service, issue an expected expiry or restrict access to drive up the interest, complete the sale and then it’s on to the next thing.

But something else will take Bitcoins place and we’ll repeat the cycle again. But for now, Bitcoin really is the gift that keeps on giving.