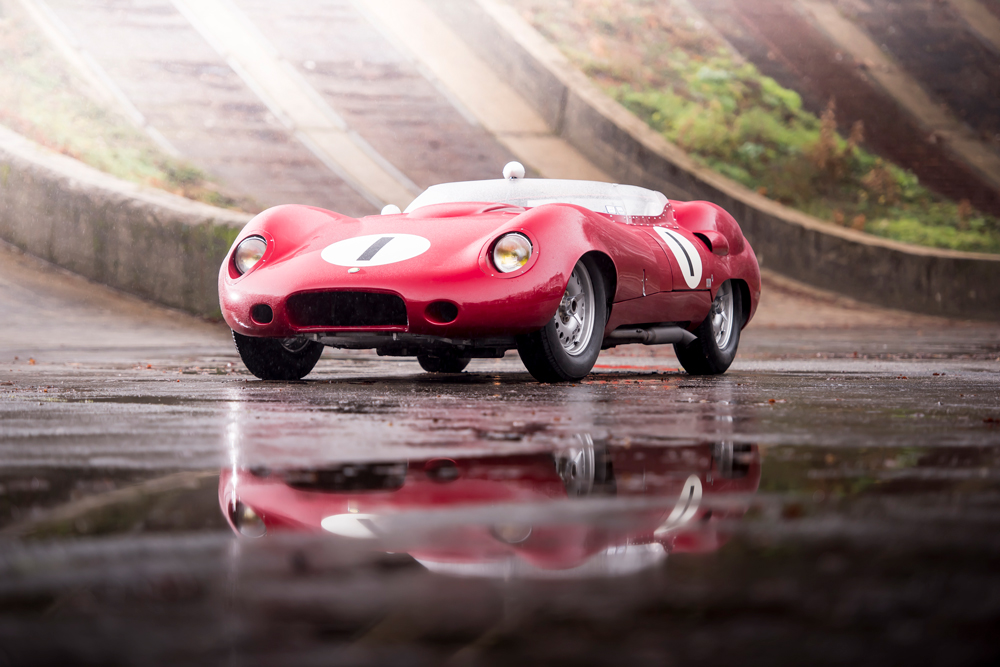 Tell us a little about your business background?

“My business career started in property as Manchester boomed, it was an enjoyable and busy few years and a time I look back on with fondness. After leaving the property game, I joined Warrantywise, a company started by my father, and took sole responsibility for the business back in 2008. Under my leadership Warrantywise is now the fastest growing warranty business, has no debt, is profitable and leads the way in innovative cover for individuals and businesses alike. In 2013 we acquired the Lister Motor Company a purchase which, as a car enthusiast, was hugely exciting.” 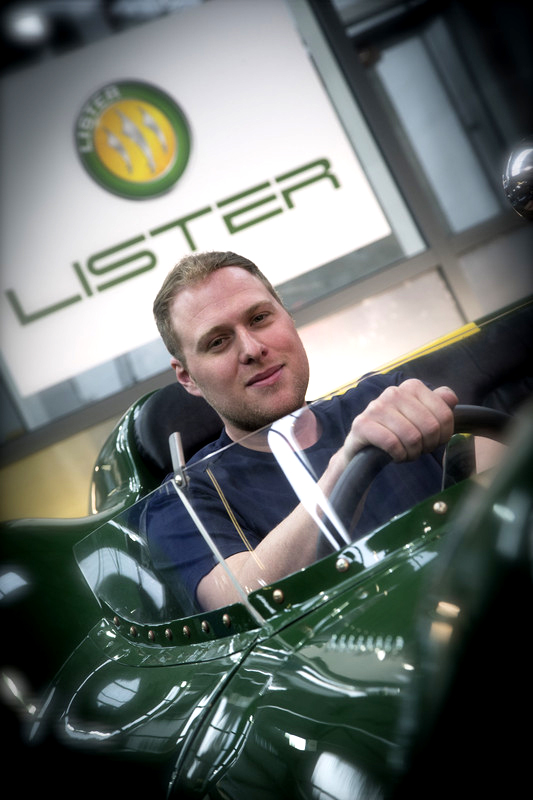 What is the Lister story? How did it all begin and why did you buy the company?

“Brian Lister was a racing driver in the 50s and created his own racing car, inspired by the likes of Cooper, using MG engines and gearboxes. The first Lister racer made its debut at the British Empire Trophy race held at Oulton Park, England, in 1954, with MG racer Archie Scott Brown at the wheel. Later that year Archie and his, now Bristol powered, Lister won the two-litre class at the ’54 British Grand Prix and placed fifth overall, beaten only by the factory Aston Martin works cars. That’s an incredible feat for what was essentially a first attempt.

“In 1957 Brian redesigned his car around a Jaguar D-Type engine and developed an amazingly aerodynamic body crafted from aluminium. The stunning new car was raced in ‘57 and ‘58 and became known as the Lister-Jaguar Knobbly, still in (limited) production today.

“Racing was a huge part of Lister, with even the likes of Sir Stirling Moss heralding the Knobbly as the one of the best cars he had ever driven, but while many love the racing cars there is also huge passion for the raw supercars that have also proudly worn a Lister badge. Cars like the Le Mans, a supercharged V12 Jaguar XJS capable of over 200mph, or the Storm which came fitted with a road-going version of the Jaguar XJR9 V12 and was, for many years, the fastest 4-seater you could buy. Whether on road or track, a Lister was fast.

“My family has a passion for cars, and it was long an ambition of my father to own an original Lister Knobbly. When a suitable car was offered for sale in 2011 a deal was struck, but the Knobbly he purchased was far from complete, in fact it transpired that he now owned barely more than a Knobbly body and a few boxes of parts.

“On the hunt for the items needed to complete the car, a call was made to Brian Lister Engineering in Cambridgeshire to enquire if they could assist with some hard to find Knobbly mechanicals. As result of that call we received an invite to visit the factory to view a number of spare parts which resided in an old wooden container, untouched since Lister cars stopped being manufactured in Cambridge many years previously.

“Not only did that container yield some much needed parts, it also contained some incredible Lister history, including technical drawings, blueprints, photos and styling bucks…in fact, all that was needed to create Lister Knobbly and Costin models. It was then that we realised Lister could be reborn.

“In 2013 we finally acquired the five limited companies that now sit correctly under the group company, The Lister Motor Company Limited. It was then that the Whittaker era of Lister began. 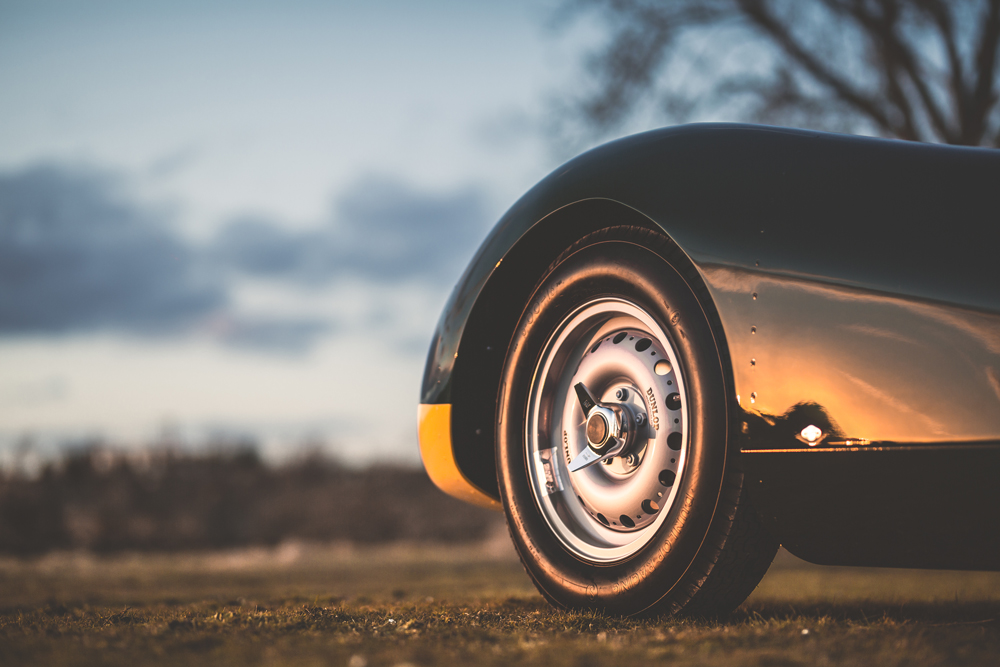 Lister is inextricably linked with competition history, including many legendary races, is this history important when it comes to selling the continuation models?

“Brian Lister wasn’t wealthy, he didn’t have huge resource available, and yet he made some of the finest, most celebrated racing cars in history. Archie Scott Brown was victorious against huge odds, and Stirling Moss won races and called his Lister ‘the finest car I have ever driven’. Racing was Lister…there were no road cars until much later down the line, it was all about lap times and race wins.

“That heritage means we can’t skimp on how a new Lister car handles, steers and stops. Our current road cars may not be built for competition, but it is vital they perform on track should an owner choose to do so.

“Our continuation cars are all correctly homologated for racing and can be built that way even if you want your Lister continuation to be road legal. The owner of a continuation car demands eligibility, and that means hundreds more hours of development to meet the strict rules and regulations various racing series demand. But, as said before, we are a racing brand and to release a continuation car that couldn’t race simply isn’t an option.

Tell us about the first new Lister under your control, the LFT-666 based on the Jaguar F-Type.

“Lister has a long-established history with Jaguar, ever since the D-Type engine was fitted to the racers back in the 50s. That legacy lived on with the Le Mans and Storm road cars and while Lister has never been officially approved or sanctioned by Jaguar, there is a deep-rooted bond we wanted to continue. If we were to continue using Jaguars, there was only one choice (at that time) and that was the F-Type R.

“A Lister has always been known for speed, power and handling and that means any car wearing a Lister badge has to excel in these areas. Not only that, the Knobbly used intelligent aerodynamics and even cars like the Le Mans had added aggression and purpose with unique Lister styling, so the cars have to be visually arresting as well as dynamically sensational. 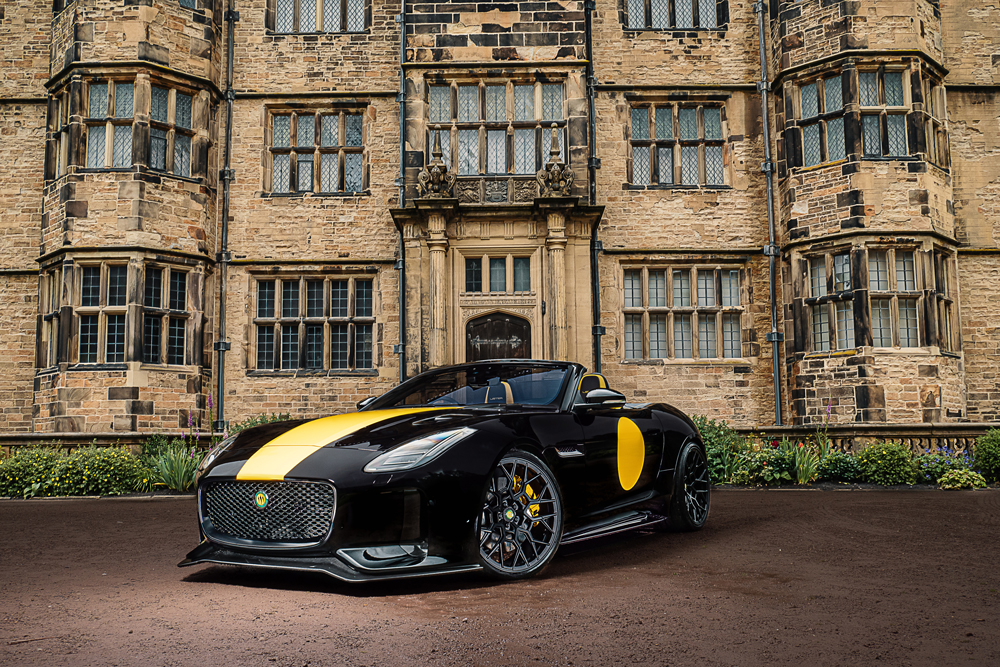 “Finally, something close to my own heart, is the interior. As a driver you spend a lot of time in the cabin and, even if a car is focussed on driving, you still want a level of comfort and a reminder that you are driving something special. So, not only does a Lister need to look good on the outside, it needs to feel special on the inside as well.

“Each LFT has bespoke carbon fibre body styling to add aggression and to create improved aerodynamics. The suspension, brakes, exhaust and engine also receive comprehensive upgrades and improvements. Finally, the interior is completely hand-trimmed in the finest Scottish leather, including the roof, dash and doors as well as Lister badging and trim throughout.

“The end result is a car that is completely bespoke to client requirements (visually), develops 666bhp, has a top speed of 208 mph, is luxurious and, thanks to Warrantywise, can be purchased with a 7-year warranty. What other 208mph supercar offers that?

What about the other models, the Lister Knobbly Stirling Moss Editions, the Lister Costin, the LFT-C and the LFP SUV?

“Lister cars has always produced cars in Cambridge, and it was important to continue that as it’s an integral part of our history and heritage. Not only that but we have skilled engineers at our Cambridgeshire factory who know these cars inside out, some even built the Knobbly in-period. You can’t buy that knowledge, you can’t just place an ad in the paper for someone with that experience and that needs protecting.

“We also make the Lister Costin recreation in Cambridge. The Costin was created in 1959 by aerodynamicist Frank Costin who produced a new body (though based on the Knobbly) around a Corvette engine. The Costin is more svelte than the Knobbly, but still retains a familiar Lister body shape. Today, a customer can choose to have their classic Lister in road or race trim, with upgrades and updates that make the car more useable and driveable but still retaining eligibility for a number of classic racing series. 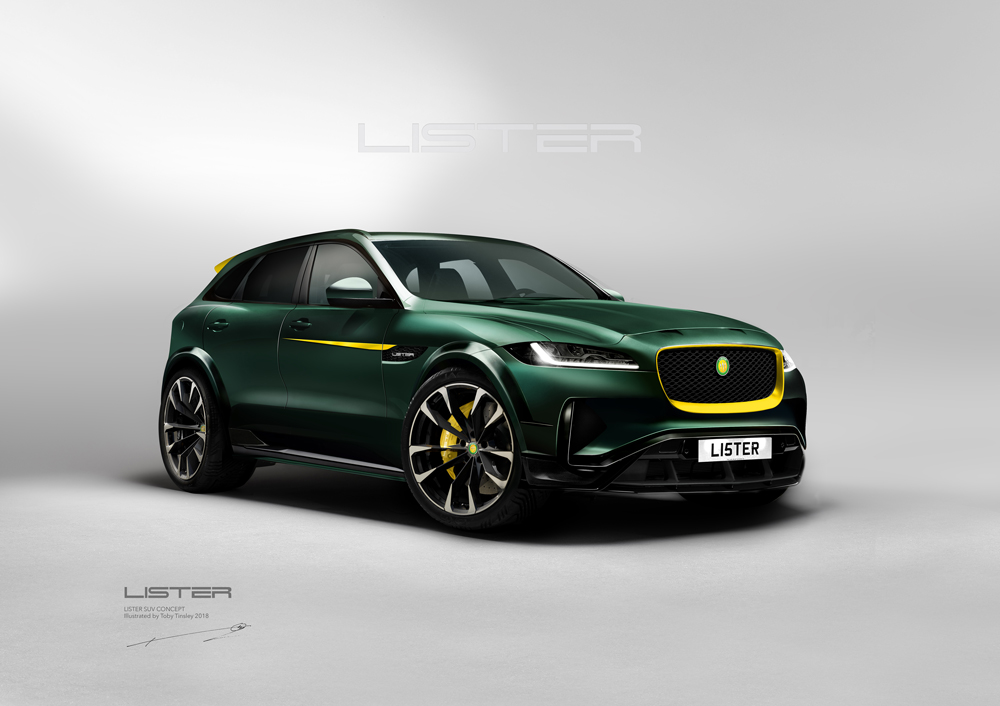 “The LFT-C is an open top version of the LFT-666, only even more exclusive with just 10 cars being created worldwide, and the LFP is based on the F-Pace SVR and promises to be one of the fastest SUVs available when launched.

“We have some future plans, but you’ll appreciate that I can’t tell you much about that! A few months ago, we shared a photo of a new Knobbly concept via our social media, which then went global. That concept will be built and shows the forward-thinking Lister has, while still remaining very aware of our roots and heritage.

What’s next for Lawrence Whittaker?

“I often say that you don’t own a car company to make a fast profit, and it’s true…it’s a business born out of a passion. However, that doesn’t mean a profitable business isn’t our goal, it just doesn’t happen overnight.

“With Warrantywise we are completely self-funded, no debt, no investors, no banks and we do that by delivering good quality products that meet the need of the end user and provide exceptional results. The same is true of Lister, we make beautiful, fast and luxurious cars in very limited numbers, bespoke to client request and provide exceptional customer care. Whatever business you may be in, the steps to success remain the same.

“I will continue to develop Warrantywise as the most innovative and forward-thinking warranty company there is, but we’ll also focus on Lister, too. 2019 will see us launch the Lister LFP, and we are working on a number of concepts. Whatever business I am leading, we never stand still, we like to lead from the front.

The Executive Magazine talks to the leading ladies of the luxury Maamutaa Island resort in the Maldives about life in the hospitality sector.