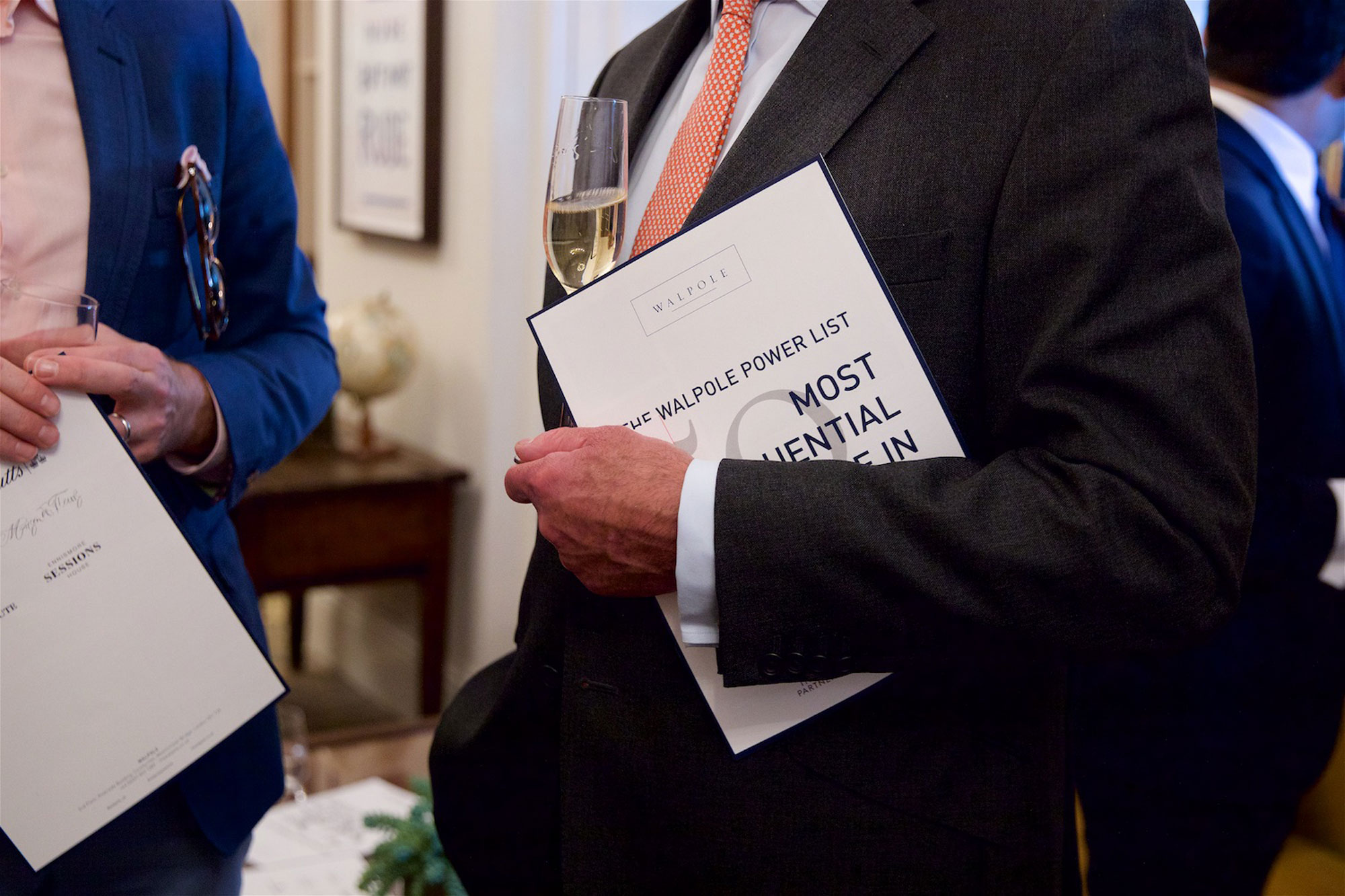 The inaugural list, in association with Inzito and Coutts, was revealed at a party at Ennismore Session House in London on Thursday.

Ettinger, Chief Executive of his namesake luxury leather goods manufacturer; and Maag, who leads the bespoke menswear brand Dunhill, were described as having a “significant role in shaping the culture and legacy of British industry.”

Fiona Barratt-Campbell, founder of Fiona Barratt Interiors and head of marketing at Floris Alex Oprey, also made the list as an influencer who others look to for advice and inspiration.

The list also included some of the rising stars in British industry: including Ashley Woodfield, head of press at The Royal Ballet; and Jocelyn Betts, corporate communications director at Belmond.

Walpole also announced that the British luxury sector is now worth a staggering £48bn to the economy – an increase of 49% in four years.

“British luxury has a unique sensibility – its products and experiences make the country famous throughout the world for creativity, craftsmanship, innovation, and the ability to conjure new, exciting, relevant stories from a magical past,” said Helen Brocklebank, CEO of Walpole.

“But what makes British luxury a £48bn powerhouse is the exceptional ability of the people inside its brands, and Walpole’s annual Luxury Power List recognises and celebrates 50 talented individuals and their impact on this extraordinary, fast-growing sector.”