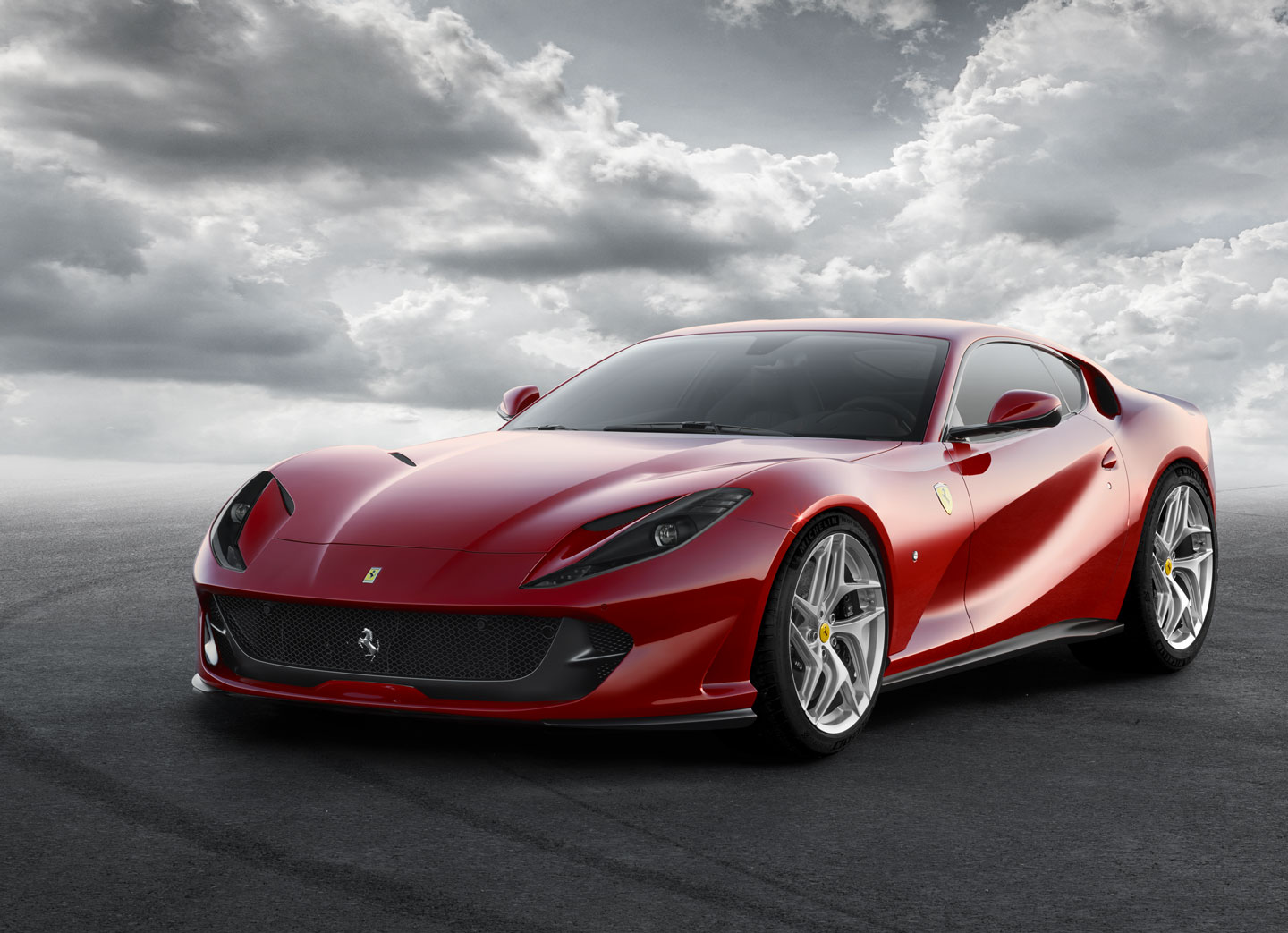 The Executive Magazine takes the Ferrari 812 Superfast for a spin, and we weren’t disappointed.

As the name suggest, the Ferrari 812 Superfast is really, really fast. Born in the Maranello factory, the 812 is the latest super GT from the supercar power house – and part of the range of front engined v12’s first seen with the FF, and then the F12. This latest iteration carries the usual refinements and styling improvements that you’d expect from the supercar manufacturer renowned for being at the forefront of innovation and design, but the biggest difference is the driving experience.

The power has been noticeably increased to just shy of 800 bhp, which is a phenomenal amount of horses. Just incase it wasn’t fast enough last time round. When asked if that was too much power, Raffaele de Simone, Ferrari’s chief test driver and lead engineer said: “If you have control, it’s never enough.” So control is they key. And your average Joe jumping into one of these things might not have that control. This was especially noticeable in the 812’s predecessor, which was extremely lively, and almost impossible to drive at the limit. So have Ferrari made this power manageable?

Well, in short… Yes. Fitted with regular Pirelli P Zeros, coupled with a more refined rear-steer system, along with an electronically controlled differential, stability control and drift control, this electronically assisted wizardry makes throwing the 812 around a track pretty simple, even for someone jumping into a Ferrari for the first time. Gone are the days where a tidy driver error resulted in a spin or worse. Considering it’s size, the new GT is surprisingly nimble.

The 812 Superfast’s engine is a derivative of the 6 litre block from the almighty Enzo of 2002. It’s been bored out to 6.5 litres, as well as an overhaul of the ancillaries and internals. It revs to a staggering 9000 rpm, which makes the 12 pistons scream in a fabulous symphony of noise, and along with the all-new stainless steel and titanium exhaust system, every bark, pop and fizzle is amplified.

With all the new emissions and economy legislations, some steps had to be taken to clean the Ferarri’s act up a bit. The new cleaner injection system helps, along with the start-stop system, which seems a bit daft in 6.5 litre v12, but rules are rules.

The seven-speed dual-clutch gearbox is fully automatic, snappy and sharp. It can be a little brutal when driving aggressively, throwing your head back when flicking through the gears at full throttle. It’s hugely responsive, and a vast improvement on the F12.

The road presence of any Ferrari is instantly recognisable, and the 812 is no exception. It’s aggressive looking, imposing, but also insanely beautiful. The aerodynamically sculpted body cuts through the air like a fighter jet, and looks every bit impressive when it does so.

The interior is a similar story. The cabin is bathed in leather and high end materials, with all the modern comforts you’d expect for a GT of this calibre. Visibility is a bit poor, but you get used to it, and you wouldn’t let a car like this get into any compromising situations where you’d struggle to see where you’re going. The car is wide, but not imposing.

All the gadgetry and electronic aids do make the 812 feel a little too digital for my liking, but without the driver assistance you just wouldn’t be able to put the huge amount of power down and keep it in a straight line. I prefer a more natural driving experience, but I can see the appeal of this technologically advanced masterpiece, and it does look incredible. It’s a little more pricey than it’s rivals at £250,000.