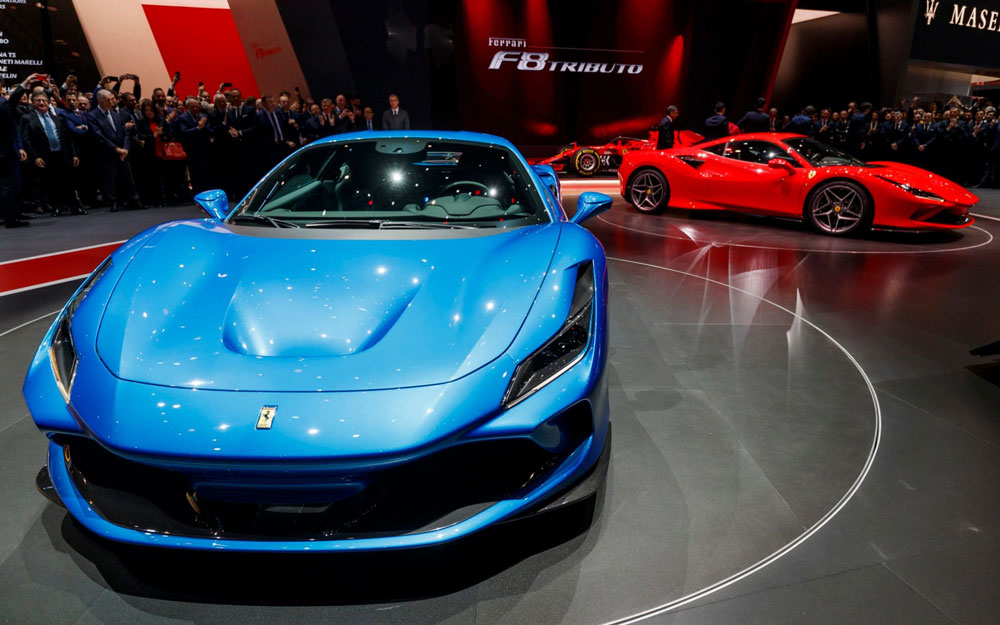 The Geneva Motor Show 2019 returns this month to celebrate some of the most innovative and stunning cars the automobile industry has to offer. From 7-17 March, the biggest players in the car industry will descend on the beautiful Swiss city to talk tyres, torque and turbochargers from some of the most exclusive car manufacturers around the world. The Executive Magazine went along to find out more.

French supercar maker Bugatti pulled no punches at the motor show this year with the unveiling of the world’s most expensive car: La Voiture Noire.

The two-door La Voiture Noire is adorned with a deep black carbon fibre, and shows once again that the automobile brand produces the world’s most opulent and exclusive hyper sports cars.

“In 2019, we are celebrating a special anniversary. Bugatti was established 110 years ago. These two models pay homage to our long tradition and to our French homeland,” Bugatti president Stephan Winkelmann said.

Storied British sports car manufacturer Aston Martin made its stake in Switzerland with the presentation of the design concept for the AM-RB 003.

Following the Aston Martin Valkyrie and Valkyrie AMR Pro as the third hypercar in Aston Martin’s mid-engined story, the AM-RB 003 will take technologies from F1 and the aviation industry in this new announcement.

The AM-RB 003 will benefit from next-generation aircraft morphing technology to create a variable ‘airfoil’ across the entirety of its rear wing: named FlexFoil, this revolutionary technology has been validated by NASA through extensive performance and acoustic flight testing – with Aston Martin becoming the first manufacturer to implement this state-of-the-art aerospace technology in the automotive industry.

The Croatian car manufacturer has given guests a more detailed look at its encapsulating C_Two electric hypercar, of which Rimac believes will be the world’s most powerful electric sports car.

Displayed throughout the motor show, the C_Two is finished in Galactic White with deep blue tinted carbon-fibre elements. The interior is handcrafted by Rimac, with matte carbon fibre complimenting petroleum blue leather and contrast stitching.

Powered by a four-motor powertrain system with 1,914 horsepower and instantly available 2300Nm of torque, the C_Two accelerates 0-60mph in 1.85 seconds, and reaches 300kph in 11.8 seconds.

With prototypes in production, the C_Two will soon take its final shape, and in 2020 will bring its new performance to the streets around the world showing just how far (and fast!) the technology of the all-electric future can go.

Announcing one of the most powerful road cars offered yet, Ferrari’s new mid-rear-engined supercar, the F8 Tributo, is a homage to the company’s classic two-seater Berlinetta.

The name is a tribute to both the model’s uncompromising layout and to the engine that powers it: with a massive 720 cv and a record specific power output of 185 cv/l, it is the most powerful V8 in Prancing Horse history for a non-special series car, and sets the benchmark not just for turbos, but for engines across the board.

The cabin retains the classic, driver-oriented cockpit look typical of Ferrari’s mid-rear-engined Berlinettas, but every element of the dash, door panels and tunnel, has been completely redesigned.