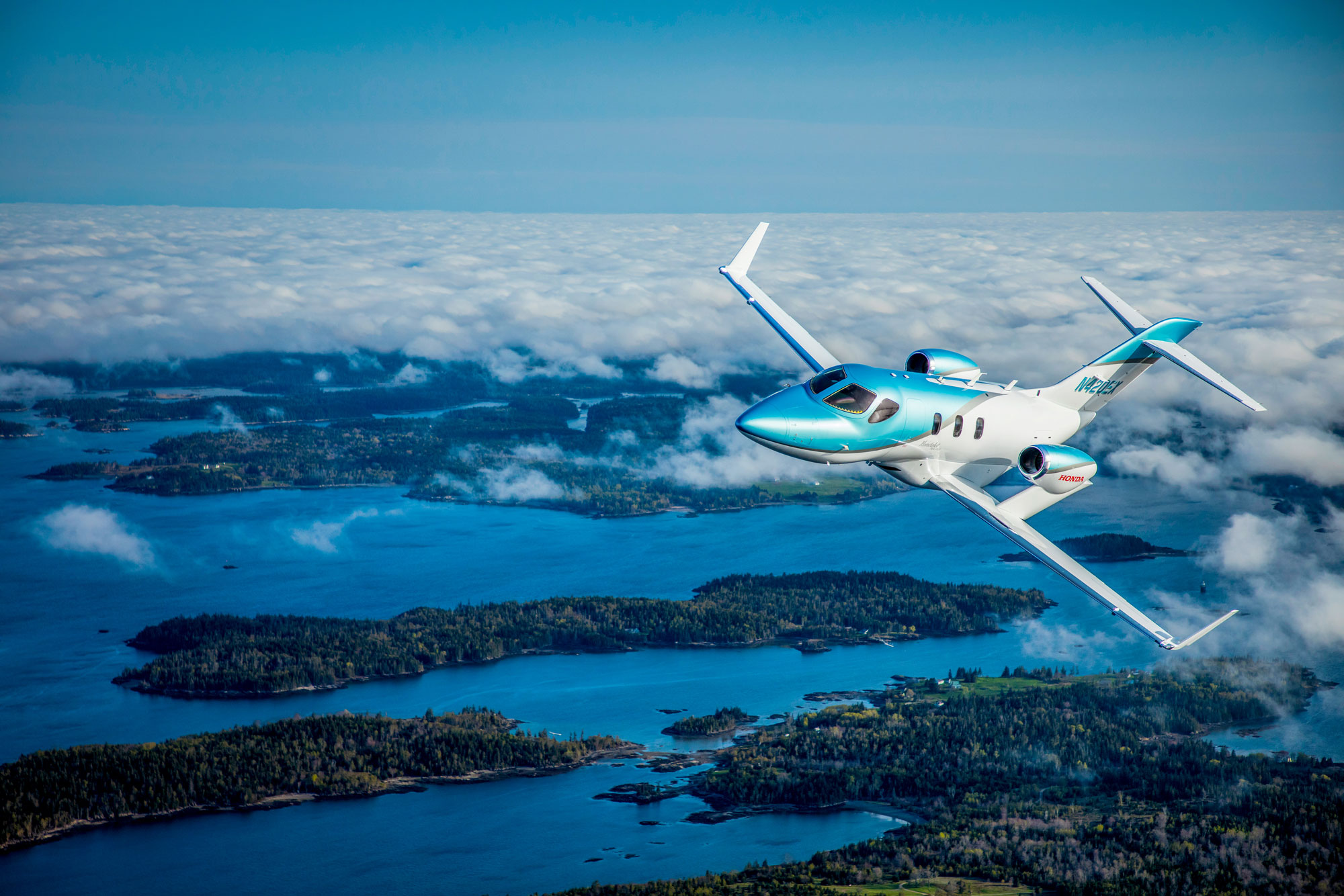 The Executive takes a look at the latest in luxurious personal travel from Honda, the HondaJet Elite

Super-seeding the HA-420 HondaJet, the Elite features increased range, a quieter cabin, a galley, and a host of other improvements on the original, and is one of the most capable small private jets in the world. With a price tag of $5.25USD million, it’s almost half a million more than the original model.

The HondaJet concept is a relatively new venture from the Japanese industrial giant, and is the culmination of 30 years worth of research and development work led by Honda Aircraft Company CEO Michimasa Fujino. The first iteration of the luxury liner was launched in 2015, with the updated version making its appearance last year.

A whole host of luxurious upgrades and technical improvements mean the aircraft is more comfortable, quieter, and more efficient. Speed is another important factor, which has been improved by the implementation of the Over-The-Wing Engine Mount, which is a breakthrough in aeronautics. This innovation breaks the conventional mold set by the aerospace industry. Combined with NLF technology to reduce drag and improve aerodynamics, this contributes to the higher cruising speed and increased fuel efficiency. An extra fuel tank boosts range from 1,400 miles to more than 1,650 miles, propelling the custom-made GE Honda HF120 turbofan engines, each producing 2,050 pounds of thrust.

Unlike many jets that use aluminium, the HondaJet employs a lighter yet strong carbon-fiber-epoxy composite fuselage. The fuselage is created from a cutting-edge combination of co-cured integral structure and honeycomb sandwich structures.This results in increased cabin space, better performance, and greater fuel efficiency.

The cabin is designed to be a home from home, with soft, comfortable furnishings, completely adjustable executive seating, and a fully-private lavatory, along with a host of other modern amenities. The layout can be configured to seat up to 6 passengers, and has a host of in-built technology that can be controlled from a smart device or the mounted touchpad. The jet does not use traditional speakers. Instead, the cabin is surrounded by a transducers that vibrate in the plane’s leather-lined interior walls, enveloping the passengers in music.