Frauscher 1212 Ghost first look: This 50-knot Rolls-Royce of the Sea

The Most Romantic Suites Around the World for Total Seclusion & Privacy

The most expensive optional extras for new cars in 2021

How does the COVID-19 pandemic affect your business?

200 Years and Counting: The story of luxurious gunmakers Boss & Co

The most decadent luxury resort in the world: The Selman Marrakech

Idyllic Ibiza - For When You Need To Get Away

How digital is the UK?

Organisations across Europe are moving evermore into a digital age, but the UK is losing ground in its adaptation of digital documentation, Kyocera’s Business Digitalisation in Europe Outlook 2019 has found. The research, from one of the world’s leading document solutions companies, provides an in-depth insight into the way in which businesses across the continent are handling digital transformation processes.

The study surveyed 1,750 business representatives, ranging from self-employed freelancers to professionals from international corporations in seven European markets. Whilst 61% of UK companies have digitalised at least half of their business documents, the rate is lower than four of the seven other countries surveyed such as The Netherlands, Italy, Turkey, and Spain.

12% of UK organisations admit to barely having digitalised any of their documents, a figure which is double that of the rate in Spain and Italy. Moreover, the study reveals that the rate of automation of business processes, another way of finding greater productivity, is a figure that is expected to increase in years to come, given that nine out of every ten companies claim that they would consider automating more processes over the next 12 months.

“We are seeing that UK companies face a variety of challenges such as securing vital information and storing documentation, without realising that easy solutions exist and are on the market in the form of document management solutions, such as Content Services,” explained Michael Powell, Expert Software Product Management at Kyocera Document Solutions Europe.

“The UK leads the way in some departments, such as Logistics and Legal, but significantly lags behind in both digitalisation and automation of areas such as Sales and Procurement. Such disparity between departments is reflective of the way in which companies are transitioning, and therefore still have some way to go.”

It is crucial that UK enterprises adapt solutions such as Document Management Systems, Enterprise Content Management and Content Services in order to streamline their workflows in the hunt for efficiency. Despite 44% of European companies not being aware of the solutions, these products are already making a big impact across various departments and industries. To this extent, using the technology to enhance automation is a strategic priority for 35% of organisations.

In fact, it is not only geographically where there is a significant difference in adoption rates as business size is also a factor. The rate at which companies automate the majority of their tasks reaches as high as 72% amongst larger companies with over 500 employees, compared to just 41% among small companies and freelancers.

NASA to open the International Space Station to $35,000-a-night visits 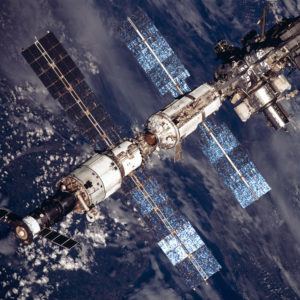 NASA to open the International Space Station to $35,000-a-night visits

NASA has announced plans to open up the International Space Station (ISS) to tourists for overnight stays. Limited to just...