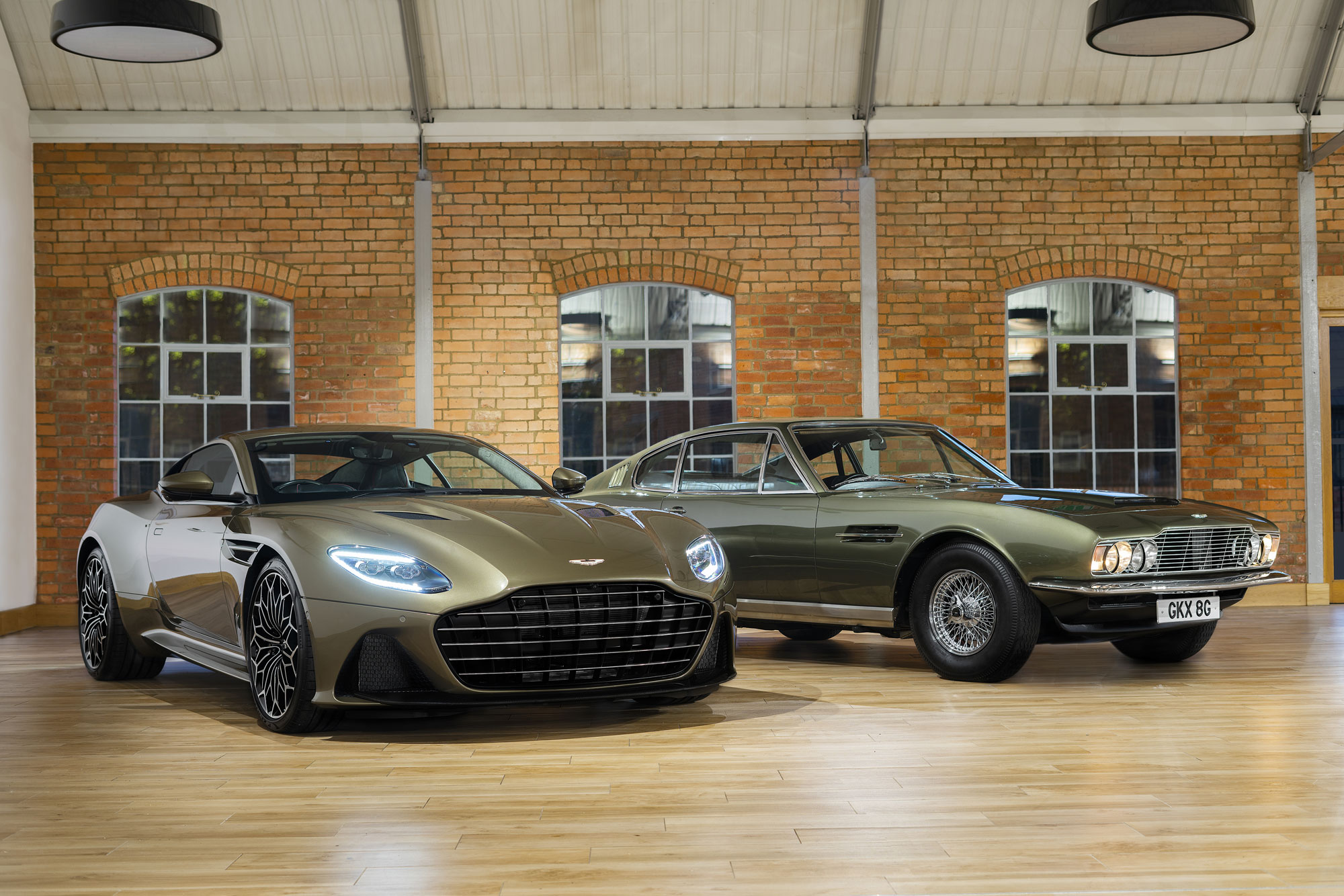 George Lazenby’s On Her Majesty’s Secret Service  is celebrating its 50th anniversary, so what better way to mark the occasion than with a limited edition Aston Martin DBS Superleggera? 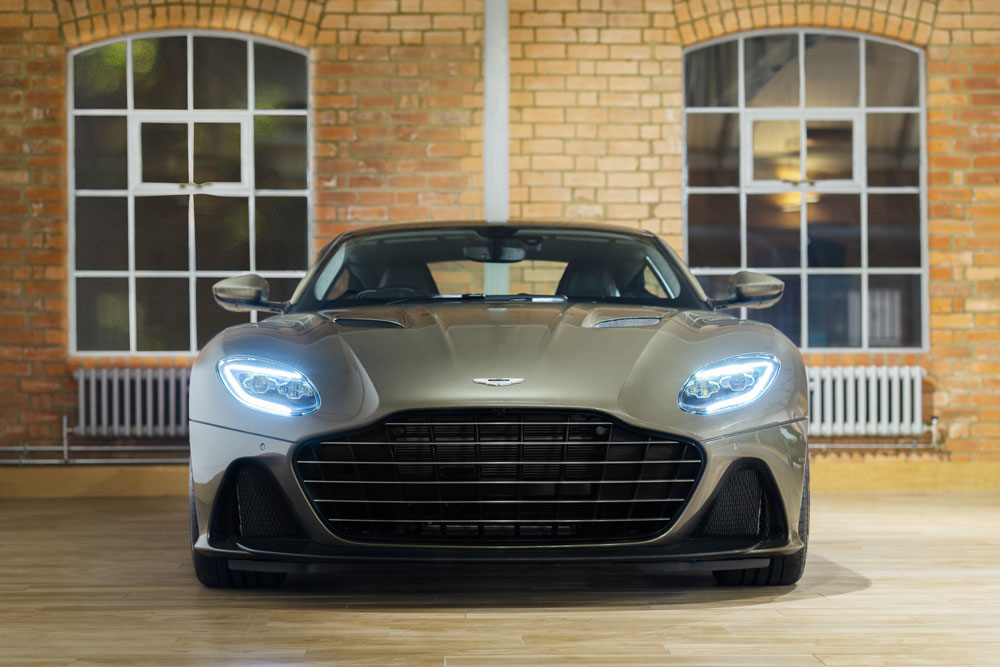 We all know James Bond = Aston Martin. And vice versa. And the latest masterpiece of automotive engineering from the British sports car manufacturer reinforces that notion in glorious style. Fans of the Bond films may recollect the classic Olive Green 1969 DBS that featured in On Her Majesty’s Secret Service, staring George Lazenby.

There have been some impressive new design features on the strictly limited edition, including intricately designed diamond-turned forged alloys, lashings of carbon fibre, an aero blade and a new splitter to finish off the front bumper. Paying homage to the original DBS, the massive front grille features six horizontal vanes. The lucky owners can also opt to have a bespoke leather drinks case designed to fit into the boot space, complete with a red felt-lined interior and space for two bottles of champagne and four flutes.

The interior also receives some special attention from the Aston Martin design team, including black nappa leather with Alcantara accents and red striping wrapping almost every surface of the cockpit; the hand-crafted trim makes the interior of the DBS Superleggera a very special place to be. Custom made badges adorn the interior, denoting the edition and build number, signed off by the chief engineer. 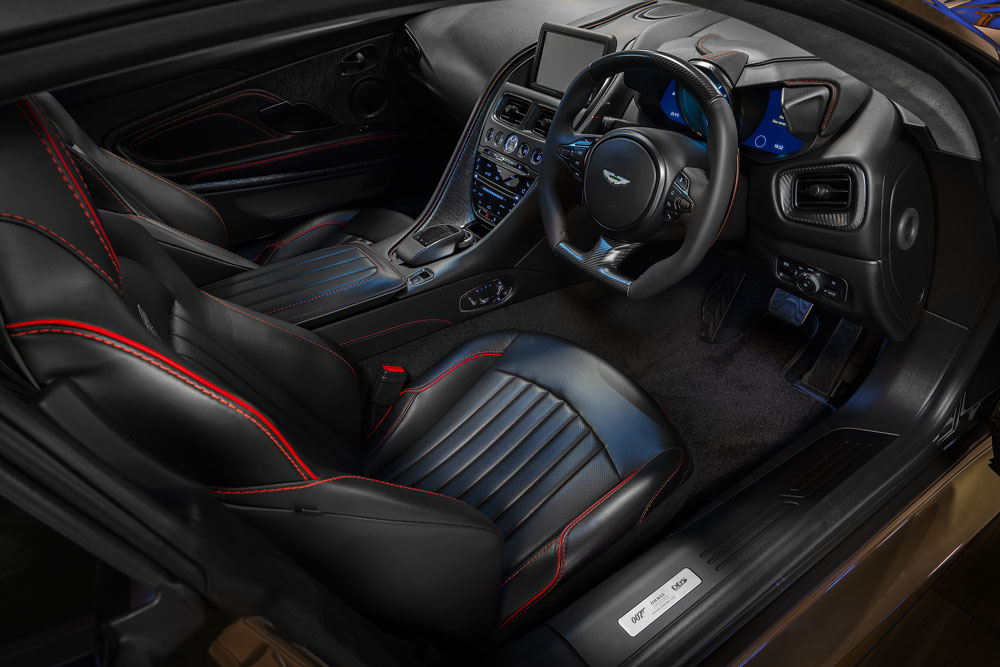 CEO of Aston Martin, Andy Palmer, commented: “Aston Martin is synonymous with James Bond and the DBS from On Her Majesty’s Secret Service has provided great inspiration to the team tasked with creating this very special edition. This new DBS Superleggera will be an extremely distinguished ‘brute in a suit.’”

The powertrain comes in the form of Aston’s incredible 5.2-litre twin-turbo V12 which produces a massive 715bhp, and carries all of the performance you would expect from the race pedigree laden marque, propelling the car to 211mph in a blistering 3.4sec 0 to 62mph time.

James Bond and Aston Martin fans alike will be scrambling to get their hands on the £300,007 super car, which is limited to just 50 models.