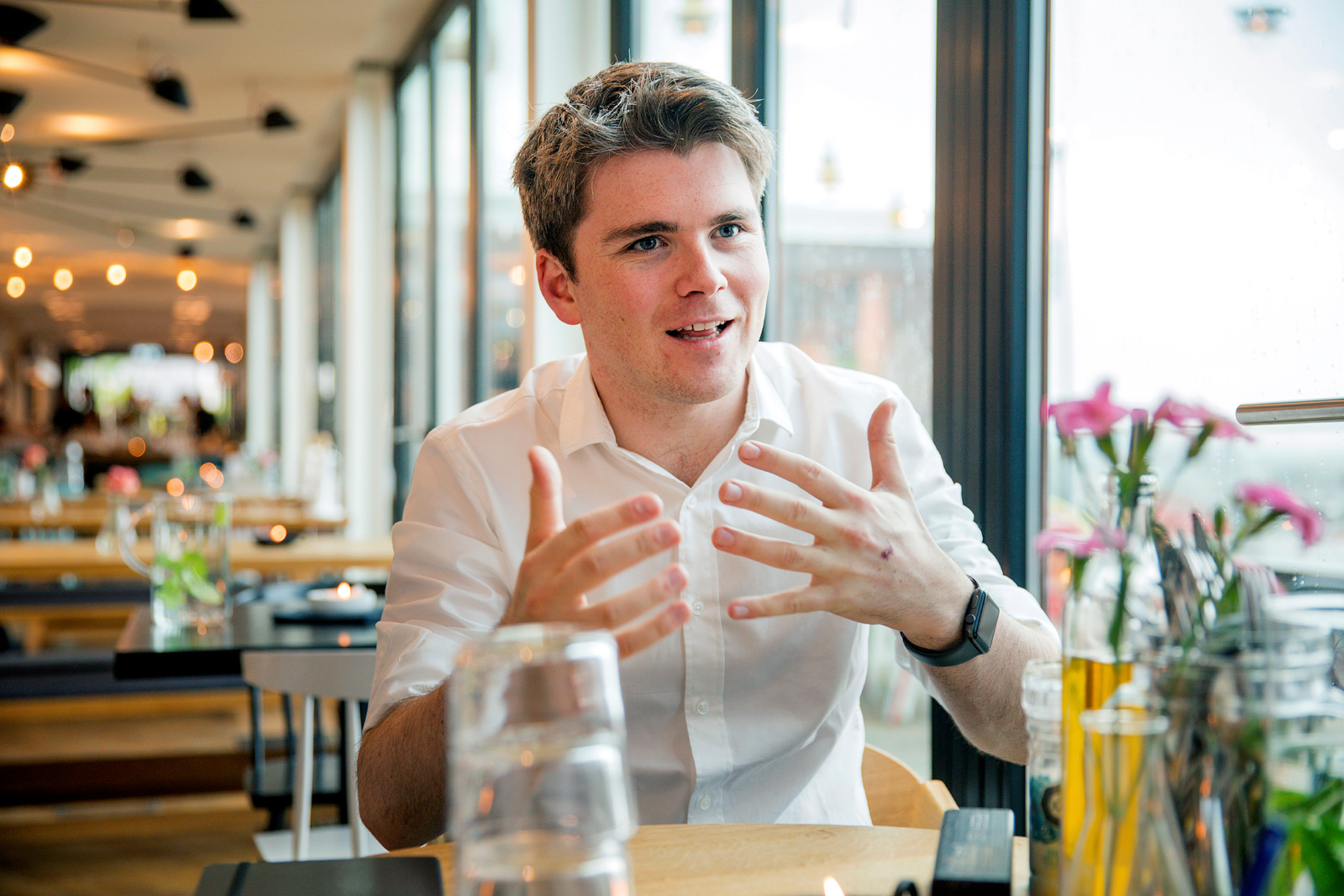 John Collison officially became the world’s youngest self-made billionaire at 27 according to Forbes, and although seemingly confident and business focussed, he often gets awkward when it comes to the subject of money. We asked about his wealth, and he was visibly uncomfortable.

“People now ask this a lot and I feel like they always want some really interesting answer – and I have nothing for them.”

Born in Northern Ireland, John and his brother Patrick both dropped out of university, and wanted to explore their potential. They were both accepted into Massachusetts Institute of Technology and Harvard University respectively.

John says: “It was obviously easier for me because Patrick had already done it, but we’d both developed a bit of wanderlust.

“I had considered the UK, but that wasn’t far enough away, it wasn’t wandering enough. And both of us were studious, so going to a top college in the US was always tempting.”

Before moving to the States, as keen mathematicians and computer programmers, the pair built their first business together – Auctomatic – a software development company that enabled small firms and sole traders to trade more easily on eBay. The business was a huge success, and sold the company for  £3.8m in 2008, just a year after they first set up.

Once graduated, Collison co-founded Stripe, a global merchant payment software company, which he runs from San Francisco. Stripe has amassed a huge customer base of over 100,000 throughout the world, with the company valuation coming in at £7bn after another successful round of funding. This puts the brother’s personal wealth at over $1.1bn each.

“People ask ‘how has your life changed?’, and they want me to have taken up some elaborate new hobby, like Faberge egg collecting or yacht racing.”

Instead he says he likes going for a run in his spare time, describing it as a “very practical, low maintenance hobby”.

Stripe was originally founded in 2011, but is not widely recognised outside of the tech world because it doesn’t sell any tangible products. Instead its software systems enable companies around the world to accept online payments more easily and integrate into eCommerce websites, automating the payments and orders process.

John says: “We came up with Stripe the way a lot of people come up with similar ideas – we were in the market for something like Stripe [that we could use].

“You might wonder what is hard about starting an [online] business. Creating a product that people actually want to buy, and getting them to hear about it, all that we could handle. But getting money from people over the internet was extremely difficult.

“I remember saying to Patrick ‘how hard can it be? Maybe we should give it a try?’.”

Despite a huge amount of competition, the brothers set about developing software that automates the online payment collection process, in a way that was safe, secure and simple to use and manage. The exponential growth caught the attention of tech heavyweights, and managed to secure funding from the likes of Elon Musk from Tesla, and Peter Thiel, founder of PayPal. This allowed the business to grow even more.

Stripe’s business model is very straightforward, for every transactions that is processed using the software, a percentage fee of the total amount is taken, along with a transaction fee of 20p.

With over 750 staff throughout the world, Collison is confident about the future of Stripe and predicts huge growth in the future:

“Only 5% of consumer spending globally currently happens online, and we want to help increase that.

“I don’t know about you, but I think that is a very safe thing to bet on.”

It’s clear that whilst Stripe is still a relatively young company, it’s here to stay, and the amount of attention it has gathered in such a short amount of means the software could become the industry standard. This would mean the valuation could soar even higher.