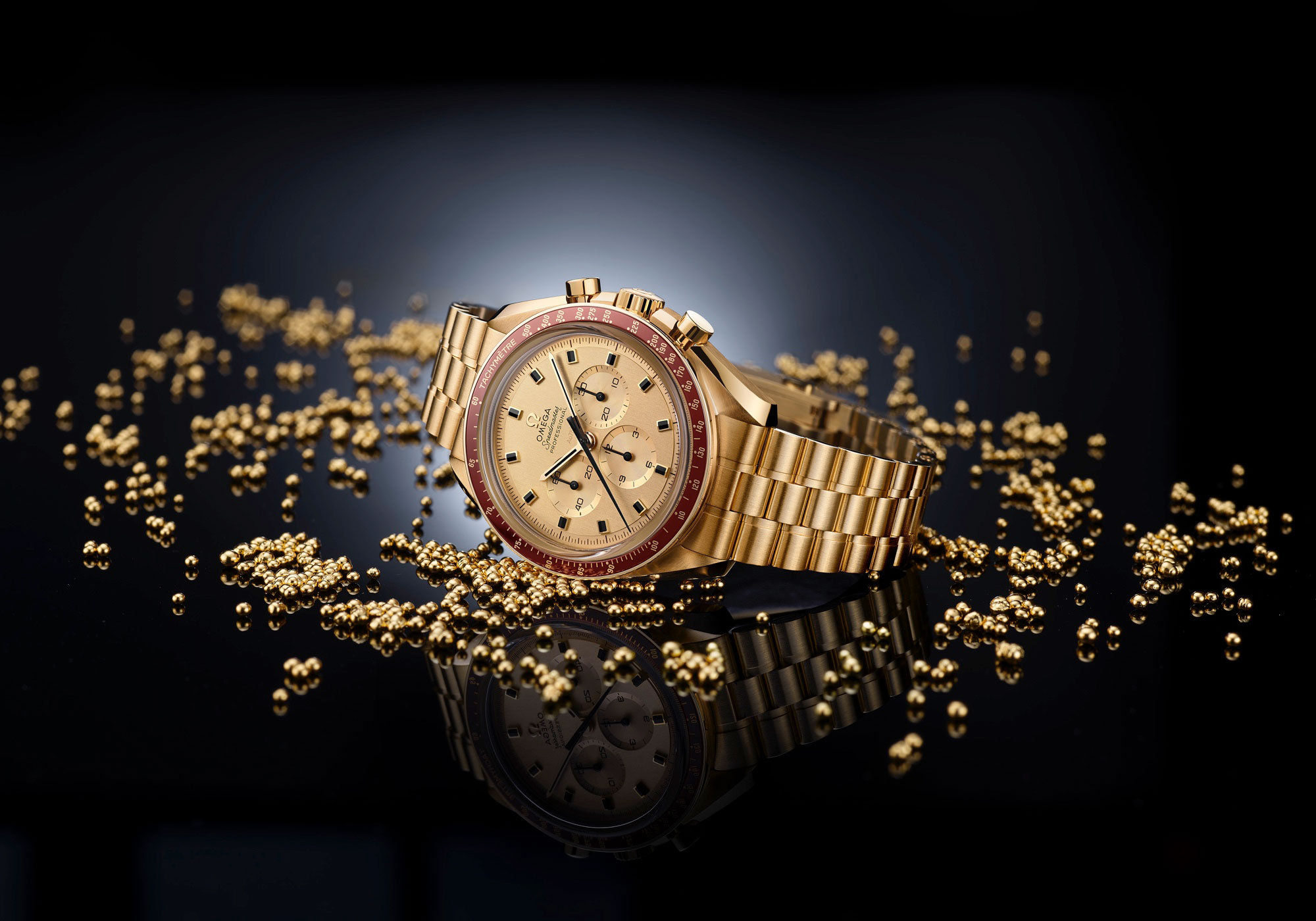 However, the Speedmaster’s excellence became recognised more than 10 years prior to this in 1957, when the original Speedmaster became known as the “pilot’s choice” thanks to its robust, reliable and easy-to-read design, and was used by members of the US Air Force.

In 1964, NASA tested a variety of watches from a number of manufactures, but only Omega’s Speedmaster lived up to the test and, in 1965, was declared “Flight Qualified for all Manned Space Missions.”

During an Apollo 11 celebration dinner in 1969, a Speedmaster BA145.022 was presented to the astronauts, crafted from 18K yellow gold. Less than 1,000 of these were made available to the general public.

The 2019 50th anniversary Speedmaster model pays homage to the original. It is crafted out of 18k Moonshine gold with black onyx indicators, and features sapphire crystal and a special decorative inner ring on the case back.

Remaining true to the historical piece of 1969, Omega has included a burgundy bezel ring – this time in ceramic, according to a special patent pending process, with its tachymeter scale in Ceragold.

Just 1,014 of the Speedmaster Apollo 11 50th Anniversary watched have been produced.