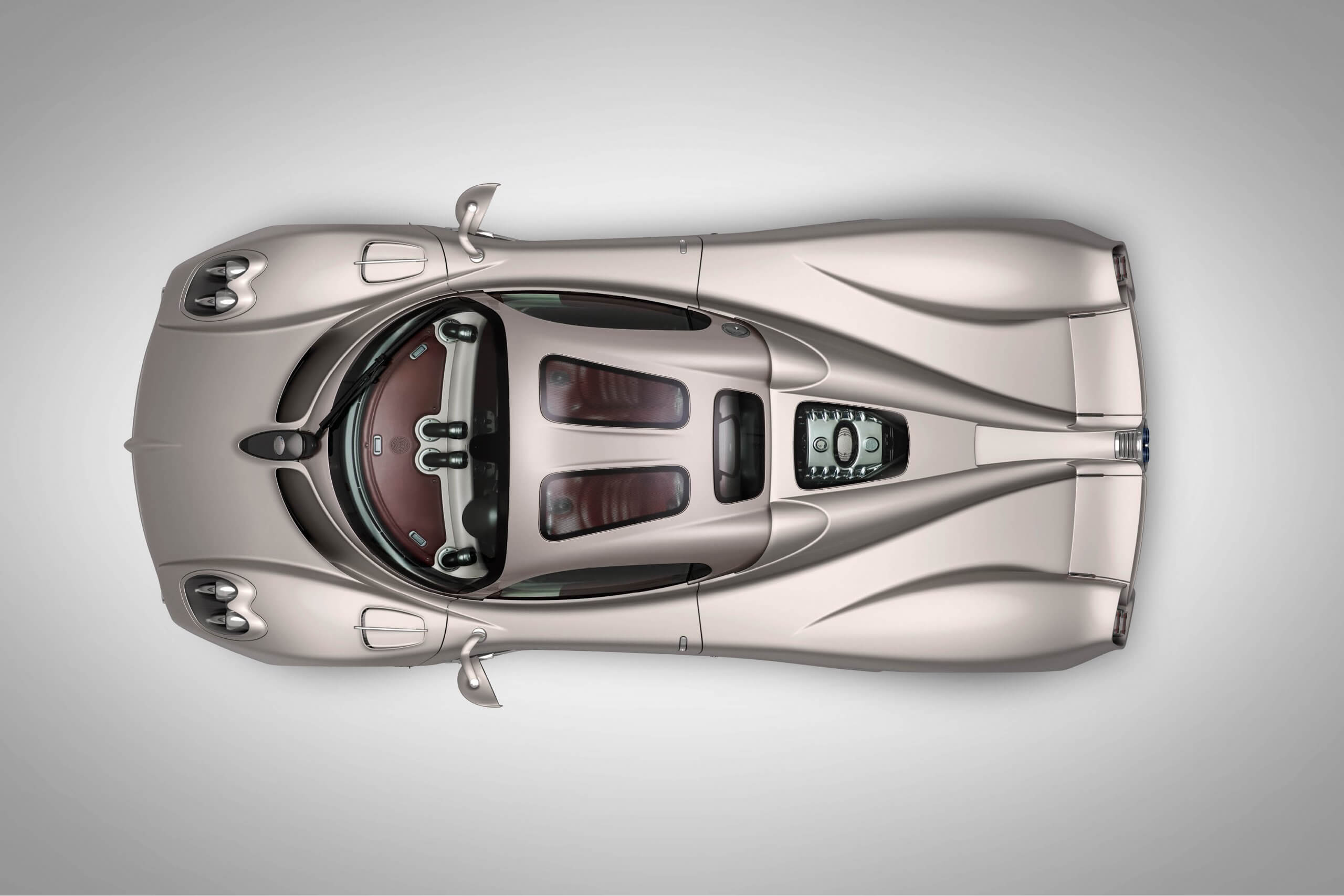 The Utopia is powered by a 6.0-liter V12 engine, developed in partnership with Mercedes-AMG, which delivers an impressive 804 horsepower and 737 lb-ft of torque. This allows the Utopia to go from 0-60 mph in just 2.4 seconds and reach a top speed of over 230 mph.

The Utopia’s exterior is designed to be aerodynamic and lightweight, with the use of carbon fiber and titanium throughout the body. The car also features active aerodynamics, including a rear wing that adjusts to optimize downforce and stability at high speeds.

The interior of the Utopia is a work of art, with hand-stitched leather and carbon fiber accents throughout the cabin. The car also comes with a state-of-the-art infotainment system, including a large touchscreen display, and a premium sound system.

The details of its styling are few in number, but each is so carefully executed that it can be admired in its own right: technologically advanced, their shape is inspired by objects from the 1950s like the streamlined headlamps of Vespa scooters or the fittings of Riva speedboats. The forged wheels have a turbine-shaped carbon fiber extractor which draws hot air away from the brakes and reduces turbulence under the body. Mounted on carbon-ceramic discs, the brake calipers have a new, lightened design.

The role of Pirelli tires is to transfer the exuberant torque to the ground efficiently and bring the finishing touches to the car’s exceptional road feel, thanks to the unusually large 21” wheels in the front and 22” wheels in the rear, which triggered new creativity and distinguishing design freedom on the surrounding bodywork. The silhouette of Utopia can be seen on their sidewalls, demonstrating just how much they have been specially developed for this car.

The side mirrors, as if suspended in mid-air, thanks to the airfoil-shaped support are set apart from the body for better aerodynamic penetration, showing the meticulous optimization that was carried out on them in the wind tunnel. The rear lights float at the sides of the rear wings, set into the air extractors. Each part of them, so beautifully crafted, could be displayed in the window of a jeweler’s shop.

The titanium quad exhaust, a personal monument and signature of the brand, is still present. It has a ceramic coating, in order to dissipate the heat efficiently, but still sets the weight just above 6 kilograms for the complete system.

A car may be compared to a sculpture, but opening the door changes everything; a sculpture, yes, but one you can sit in. The interior of Utopia is even more original, if that is possible, than its exterior shape.

Neither modern nor retro, it is timeless. There are no screens apart from the minimal display in front of the driver; big screens would have been easier to fit and would have saved a lot of effort in the design, but it would have taken away much of the beauty. All the instruments are purely analog and each of the easy-to-read dials subtly reveals part of its mechanism as if it were revealing the skeleton movement.

For Pagani, every component needed for the car to function is an opportunity to be creative. Even the steering wheel has been reinvented: it is fashioned from a solid aluminium block, from the spokes and hollow rim to the steering column boss, which contains the airbag. The pedals are also made from a single block of metal, while the gear lever mechanism is still exposed but more sophisticated than ever. All this with proper obsession paid to ergonomics, efficiency and ease of access.

The Utopia is a true masterpiece of automotive engineering and design. With its impressive performance, aerodynamic design, and luxurious interior, it is a car that will turn heads wherever it goes. The exclusivity of only 100 units being produced makes it a truly rare and valuable possession for any car collector.