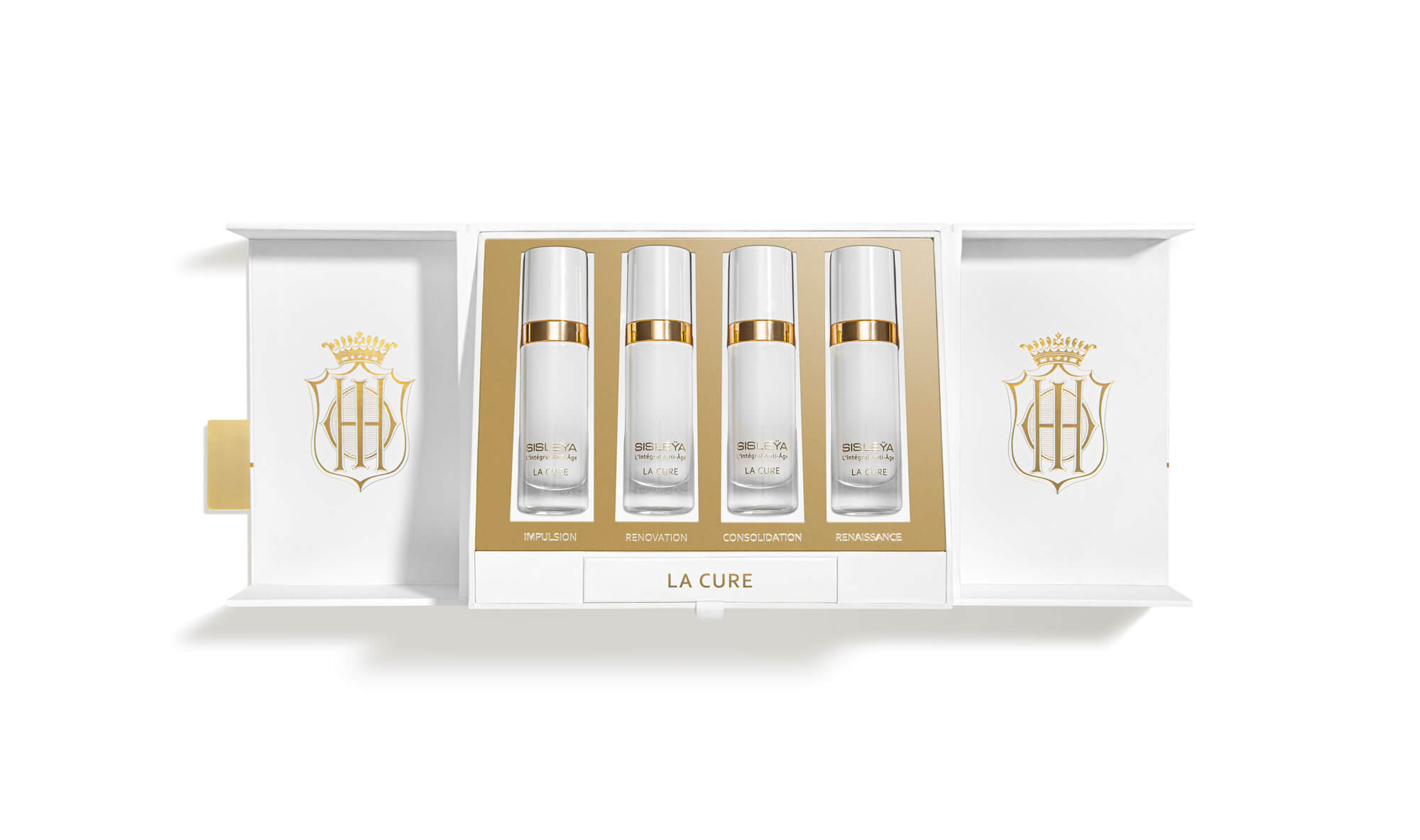 Sisley Paris have identified that the vital energy of cells weakens over time. The skin gets more tired, is less able to regenerate and does so more slowly. This means that signs of ageing and lack of vitality start to appear. In order to maintain a youthful look, it becomes essential to restore that energy. This has resulted in an anti-aging care program inspired by a major scientific discovery that is designed to restart the skin’s vital mechanisms one by one in four weeks. 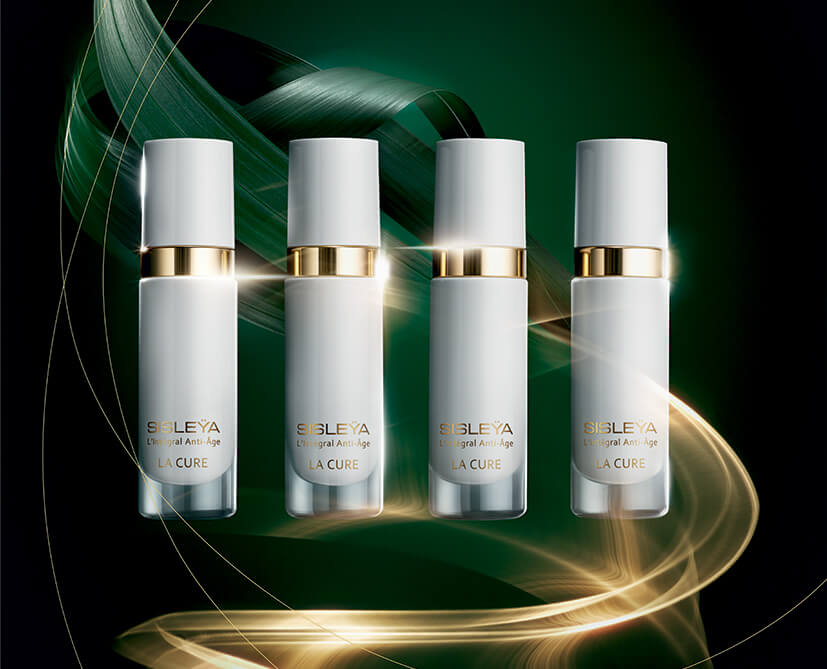 The treatment kit marks the culmination of many years of research, inspired by a major scientific discovery. The unique formula has been created with precise savoir-faire, namely the knowledge of living organisms and fundamental cellular mechanisms.

The treatment acts at the source of skin’s youth to revive the cells vital energy. Day by day, it regains vitality and radiance, as well as the appearance of deeply and intensely regenerated, transformed skin. In four weeks, skin is reborn.

Week after week, La Cure’s powerful concentrate unlocks the mechanisms that allows skin to renew and regenerate itself through progressive steps so to regain its youthfulness.

In four weeks, skin is revitalised, transformed and reborn. Wrinkles are visibly reduced, and skin regains the depth, elasticity and radiance of more youthful skin.

The concept of time is central to Sisley’s vision. It was this notion that led the brand to eschew time restraints in the pursuit of excellence. 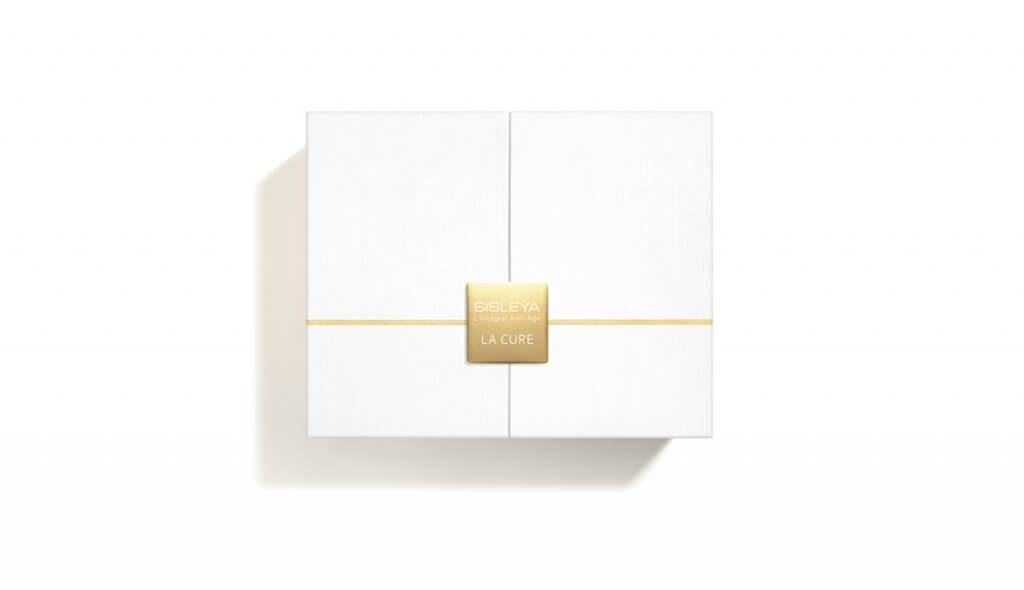 Sisley conducted 10 years of research before creating the market’s first global anti-aging care in 1999 with the Sisleÿa Global Anti-Âge treatment. The product’s innovative approach and over 50 active ingredients made it a true phenomenon, marking a turning point in the anti-aging market.In the space of 20 years, it became a worldwide best-seller.

The formulation of each product takes into consideration discoveries relating to the skin with the constant intention to embrace meaningful developments. In 2016, the brand went further still by exploring the theme of epigenetics and tackling a third dimension: behavioural aging. Sisleÿa L’Intégral Anti-Âge was born, offering enhanced global anti-aging effectiveness and even more spectacular results.

The brand’s success is built on and driven by the innovation of its laboratories. By continually tracking the latest technological advancements and working in close collaboration with university and research teams, Sisley is able to develop products that are deemed to be effective by experts and dermatologists.

In 2020, the emergence of a new field of investigation has brought to light a major scientific discovery. By further expanding its knowledge of the living and its fundamental cell mechanisms, Sisley Research is acting at the source of the skin’s youth and introducing Sisleÿa L’Intégral Anti-Âge La Cure.

For the first time, Sisley has taken inspiration from research concerning the mechanisms of autophagy. This has led to a product capable of reactivating the cells’ vital energy at its source to combat the consequences of time better than ever before and to fully restore the skin’s vitality. 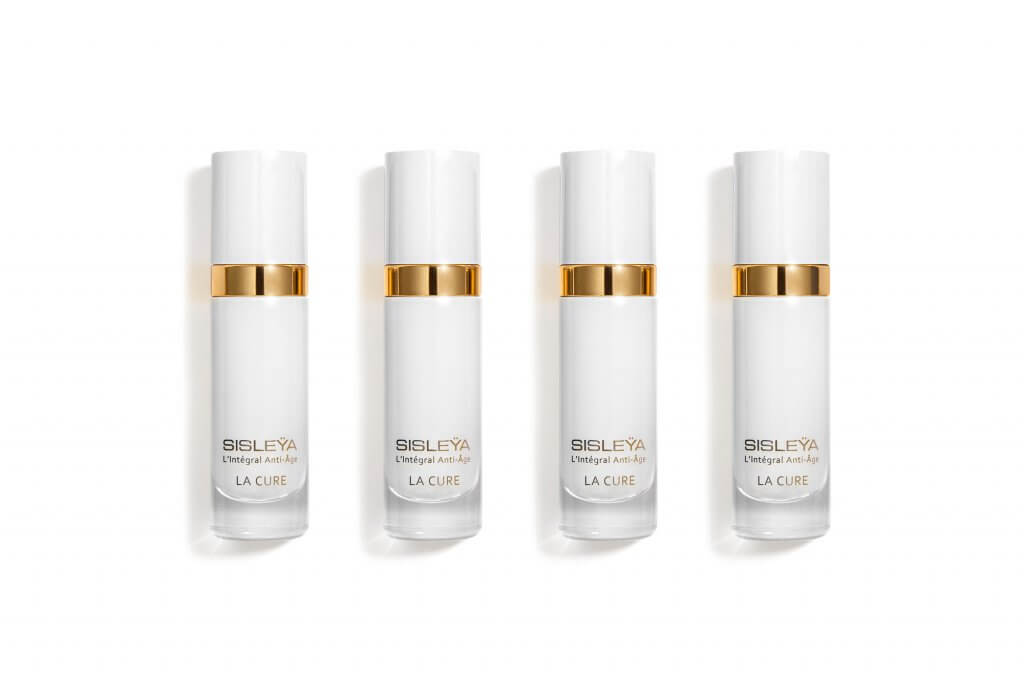 The skin is a living organ that is able to regenerate itself every month by drawing on the vital energy that runs through and fuels its cells daily. This vital energy allows the cells to protect themselves, adapt, correct internal dysfunction and to detoxify themselves. It is a treasure of immense value that protects the skin and reveals its beauty, radiance and youth.

However since skin cells are subject to the laws governing energy variation, they lose their ability to regenerate and restore themselves over the years and during intense periods of stress, environmental aggressions or hormonal changes. This leads to poorer function and the cells’ vital mechanisms are slowly damaged. Skin lacking in vital energy ages more quickly, becomes more marked and loses its natural radiance.

Sisley Research is now presenting a cutting-edge response to target the source of skin’s youth. Taking inspiration from a major medical discovery (2016 Nobel Prize), Sisleÿa La Cure is a four-week programme intended to restart the fundamental cell mechanisms one by one.

In four weeks, the skin’s quality and radiance is restored, transformed through deep and intense regeneration.