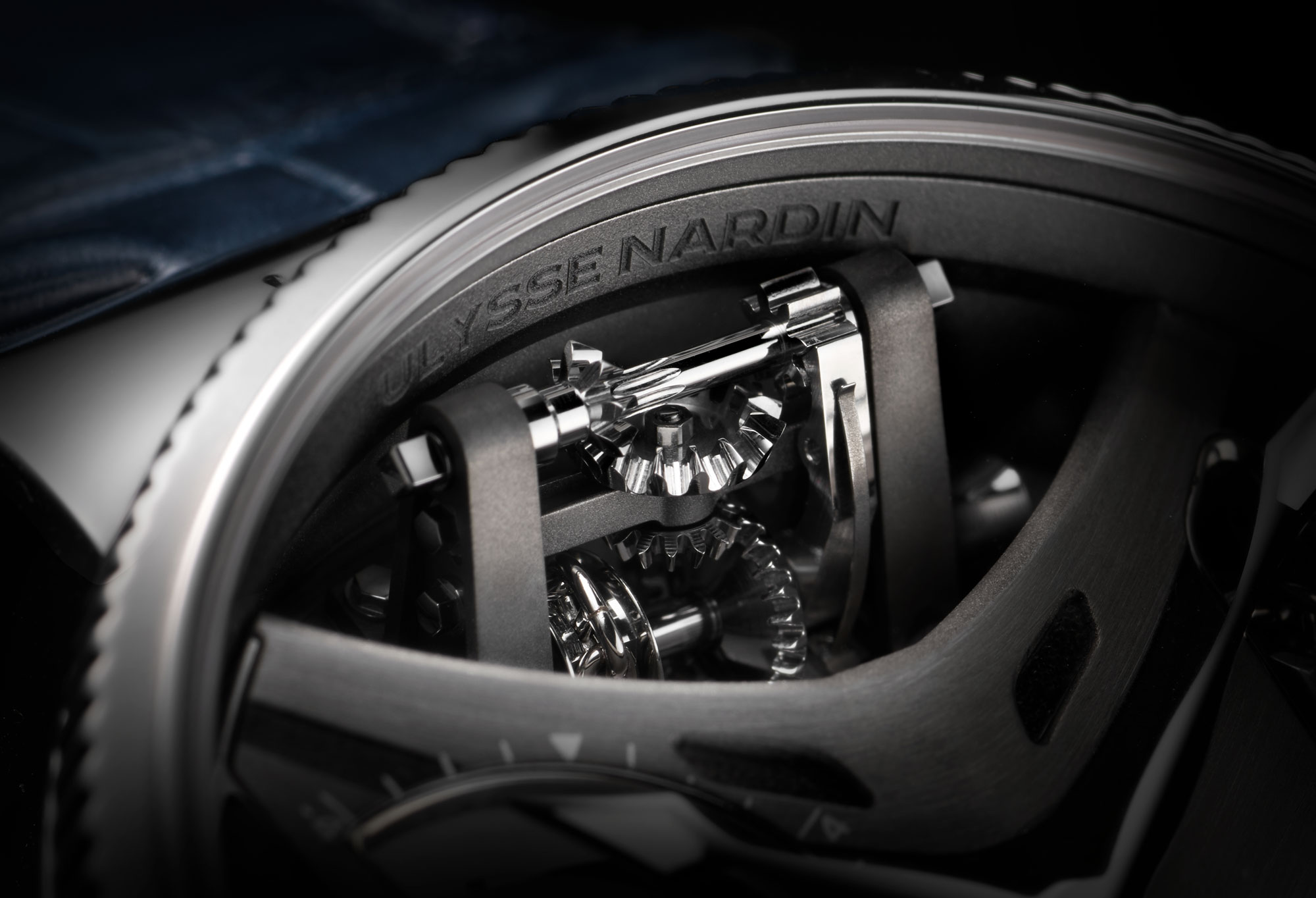 An extended development of the Marine Grand Deck Tourbillon watch launched by Ulysse Nardin in 2016, this new model follows the tradition of the Marine and its passion for all things nautical since the company’s foundation in 1846.

Created in platinum with only 30 pieces in the entire world, this frontrunner of the watchmaking fleet is created by the company that has mastered making timepieces for sailors for more than 170 years.

With a diameter of 44mm, the bows of a luxury vessel seem to surface from a pool of white gold as though it were emerging form the mist, and cuts through a sea of “grand feu” enamel on a wave of foam portrayed with stunning realism.

Despite careful focus and attention to detail being placed on the aestheticism of the timepiece, the Ulysse Nardin watch will additionally provide technical solutions for sailors’ necessities.

With the Marine Mega Yacht, Ulysse Nardin has introduced a revolutionary information display designed to optimize yachts’ choice of anchorage points when mooring alongside the shores of the world’s oceans.

In the engine room, its beating heart has a diameter of 37mm featuring 504 components and is wound by hand. It guarantees a power reserve of 80 hours at a cruising speed of 21,600 vibrations per hour, with the tourbillon moving at 60 rotations per hour – one rotation every 60 seconds.

Since the use of GPS systems and other navigation aids dispenses with the need to calculate longitude at sea with a sextant and a marine chronometer, Ulysse Nardin’s team of researchers focused on what was needed for the modern Mega Yacht owner instead. In the case of this model, the answer was to include a display of the phases of the Moon with the aid of a precise 3D reduced-size representation of Earth’s satellite.

The case-back is sapphire crystal displaying the movement inspired by a ship’s engine room, with a fully-integrated bracelet made of navy-blue alligator leather. The watch’s water resistance 50m. International price $310,000.