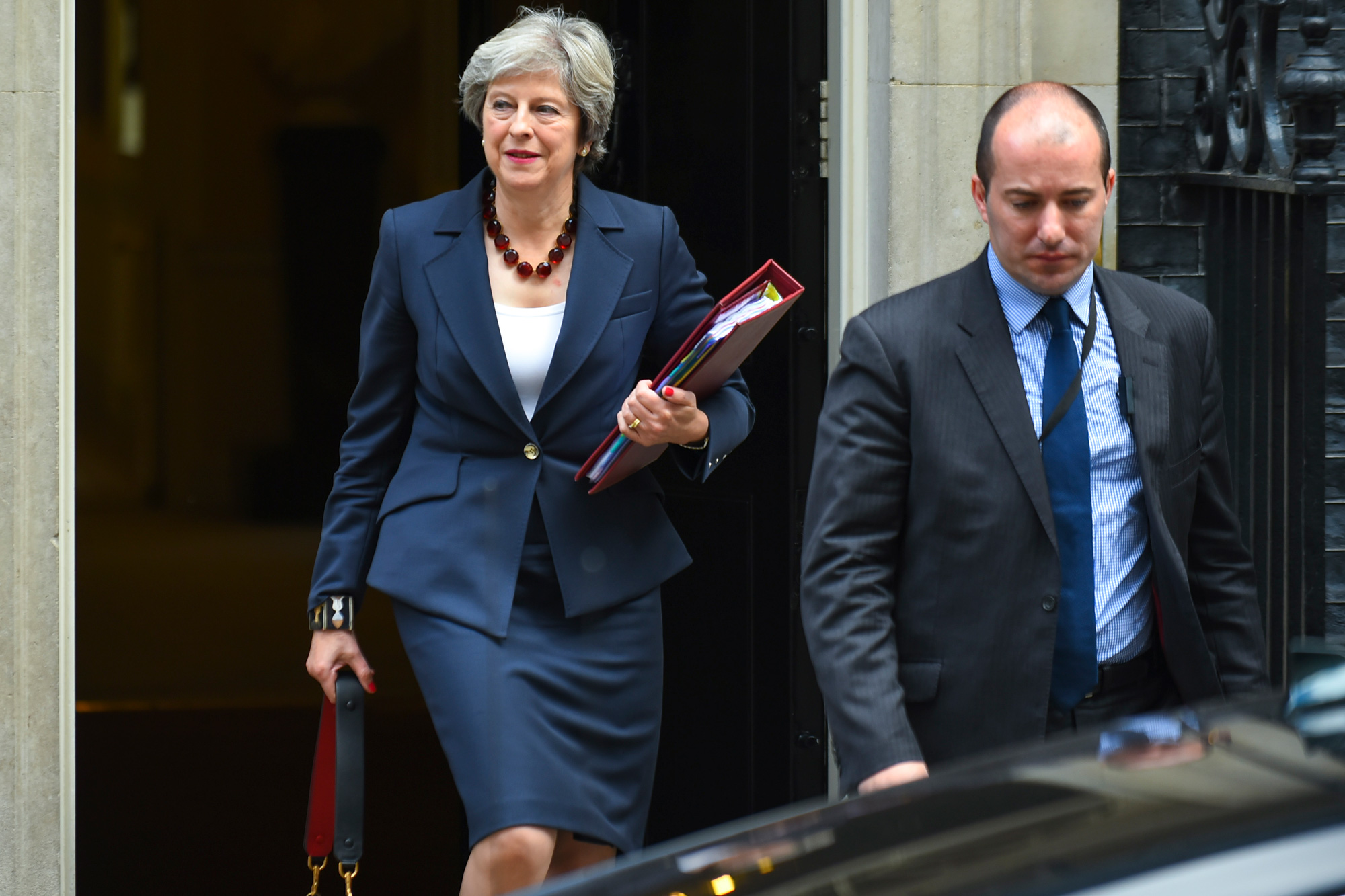 There are talks about threats to Theresa May’s job, The Executive Magazine investigates the facts behind the rumours.

The UK prime minister is taking fire from all angles, which points to the possible threat of her position, but does this mean she’ll be stepping down?

May’s decision to call a snap election in 2017 spectacularly backfired, so it comes as no surprise that many at Westminister are sceptical about the reelection fight for the position of Tory leader.

With the upcoming Brexit trade talks due to conclude on 29 March 2019, conventional procedure would see May standing down or forced out before the general election in 2022, but that changed when she moved the talks to the end of 2018 – hoping that would secure her place in leading the party into the next election.

But if the local elections in May 2018 don’t go well for the Tory party, there is speculation that there will not be an extended term at Downing Street for the PM, possibly sooner when Brexit talks are due to finish in October.

What does May want to achieve from Brexit?

The PM’s speech planned for Munich next month will outline the plans for plans for UK defence and security, but it’s hoped a more detailed conclusion of her plans for Brexit will come in the spring. May earned goodwill after securing a deal on the first phase of the talks, but that was short lived.

There are two sides – the hardcore Brexitieers who want to leave the single market EU and union of customs, and there are those who want to open terms of a trade deal, such as Philip Hammond. Both sides are becoming increasing unnerved at the prospect of May selling either side out. Regardless of how talks proceed, someone will be upset.

What would trigger a Conservative leadership challenge?

Tory MP Johnny Mercer, who has been tipped as a future leader, has been quoted as saying the “window is closing” on the PM’s ability to sustain her leadership “because politics can be quite a brutal game”. Although he sites that his comments have been taken out of context, he is still frustrated at the domestic policies lack of progress.

If the leader stands down, or if there is a vote of no-confidence from Tory MPs, then there would be room for the Conservative party to trigger a leadership challenge. And reports show that there are already a number of backbench MPs supporting the no-confidence vote. It might just be a matter of time before the required 15% threshold is reached.

Brexit isn’t the only thing On May’s agenda

Theresa May’s policies have always meant to be more than just Brexit, and she has been determined not to let the move away from the EU define her government. Policies focusing on the housing market and the environment have been on her agenda, but these may have been overshadowed, and some criticise that her government is lacking direction and overall purpose.

There has been criticism from her own party that there is a lack of energy, and former minister Nick Boles has spoken of a drift when his housing ideas were rejected by the PM. Even with the latest cabinet reshuffle, an upsurge in enthusiasm doesn’t seem to have worked.

Local elections – the next big test

Voters in England go the polls for the local elections on 3 May 2018, and that will be a big test for the PM. Labour looks to have the upper hand in London, whilst other constituencies may not experience as bigger losses as first expected according to polling experts. The pressure will still be on May however.

Can we expect a new PM?

The last plot to try and oust May was orchestrated in October 2017 by former party chairman Grant Shapps, but it was quickly extinguished. Shapps is now calling for a departure date announcement from May.

It seems that there isn’t an obvious replacement for May lying in wait, and certainly no one that has the influence to unite the party once again over the divided Brexit opinions. Recent history is littered with plots and coups to overthrow Number 10, notably during Gordon Brown’s reign, but even then the plots have not succeeded.

The Tories have a track record of being more ruthless than Labour when it comes to removing embattled leaders, but the fear of an early general election – and the Jeremy Corbyn government that might follow – could well be enough to keep Mrs May’s show on the road to Brexit and beyond.