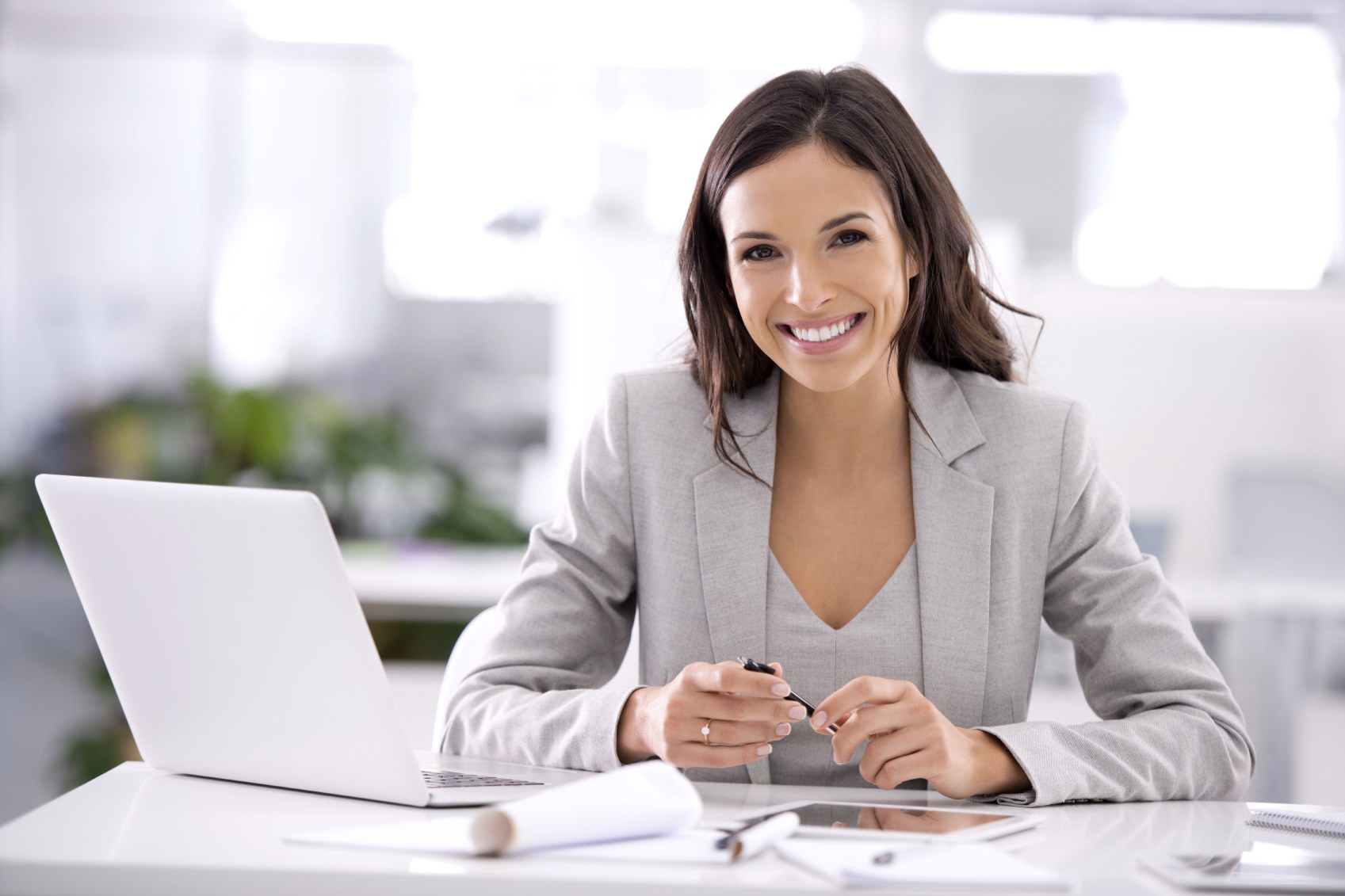 Krystyna Petersen, Founding Partner at Inspire Excellence writes for The Executive Magazine on the ‘year of the woman’ and the gender pay gap.

It’s a really interesting time at the minute and it certainly feels that there is a shift-change in the air. With so much focus on women currently and with International Women’s Day coming up (8th March, 2018), I thought I would reflect on what ‘year of the woman’ means to me, particularly when I look at women in business and the upcoming Gender Pay Gap Reporting deadline.

‘Year of the woman’ is a phrase that goes back to 1992 and was given after the election of a number of female Senators in the United States. It was a big moment in USA history. Many have said that 2018 could well be the next year of the woman and it certainly is an important year; this year is 100 years since women got the vote, it is 50 years in spring since the sewing machinists downed tools in Ford’s Dagenham plant to seek recognition, Gender Pay Gap reporting comes into force and there are many changes now imminent with the rise of women speaking out on a number of issues (highlighted by campaigns such as #TimesUp and #MeToo in Hollywood right now).

When you look back in history, despite the political reforms in 1918 (where women did get the vote but only if they met certain criteria) and then 1928 (where all women got the vote), that was only really the start of the journey for women and it took several other acts of legislation and various other calls to action to really give momentum to the journey women have been on. The removal of the Sex Disqualification Act in 1919 was one step forward (meaning you couldn’t be dismissed from a post just for being a woman), the introduction of the Matrimonial Causes Act in 1937 meant that women could now divorce men (before, only men could file for divorce) and there was also the introduction of the Equal Pay Act in 1970 amongst other things.

Despite the Equal Pay Act being introduced in 1970, unequal pay is still rife in many organisations; highlighted only recently with the BBC and the differences in pay between news reporters, editors, presenters and actors. Women have come a long way over the years in the quest for equality, the right to be heard, the right not to be sexually harassed at work, but I think it is widely recognised that there is still a long way to go. In terms of pay, it will be interesting to see what April’s gender pay gap reporting deadline brings. For anyone not aware, in April all organisations with over 250 employees will need to publish reports on gender pay. While on paper, women have had the same rights as men for some time where pay is concerned, it is widely believed that this reporting will only further highlight the fact that we are still a long way off from true equal pay parity.

You may have noticed that over recent months there has been a constant stream of news stories on equal pay. One of the latest is Tesco, who faces a demand for up to £4b in back pay from thousands of (mainly) female workers, which could be the biggest equal pay claim ever in the UK. This will be an important case to watch as unusually, the claim is not about equal pay for like for like jobs, but equal pay for work of equal value. (i.e. instead of comparing oranges with oranges, you’re comparing oranges with apples and deciding if they are both as important as each other).

Another big story in recent months was Carrie Grant, China Editor at the BBC who resigned from her role in early January 2018 due to the huge pay discrepancy between her and her male peers. Carrie turned down a pay rise (offered after the issues were raised) saying that she wanted equality, not more money (note that even with the additional pay rise, she still would have been on less money than her male counterparts). There is reportedly over 200 women across all grades and positions who are in pay disputes with the BBC – disappointing when the BBC is viewed one of the big powerhouses in the UK.

I can sympathise with Carrie Grant (and many others!). I have certainly held roles in the past where male peers earned much more money than myself for doing like for like work. I also arrived at one organisation to find I was being paid less than my predecessor (male) which OK, might have been fine to begin with but after time (and after being told by numerous people that I was doing a much better job than my predecessor), this just became depressing! It is very disheartening when you give your all to an organisation only to know you are not being valued equally. Although this wasn’t the only reason for resigning from that particular organisation, it certainly was a huge factor.

Although it is about equal pay it is equally, if not more, about recognition and feeling valued. This was certainly the case for me. This was also the case for the sewing machinists at Ford’s Dagenham plant who believed their work of stitching the car seats was of equal value to the men’s work on the factory floor and wanted that recognition. The men had been classed as skilled workers and therefore received a higher pay where the women had been graded as unskilled and on the same level as the cleaners! Although they did get more pay and returned to work, it took another sixteen years to get the recognition that their work was just as important as the men’s which is really how it all started; the ladies wanted recognition and to feel valued.

This all highlights why pay disputes are so destructive to work relationships. Having systematic failures to pay equally is not just poor practice, it’s insulting to those at the receiving end and often damaging to self-confidence and work relationships. In the case of Carrie Grant, her bosses lied to her when she raised the issue and then to add insult to injury they tried anything they could to squirm out of it, stating she was ‘in development’ – news to Carrie and despite her being at the BBC for decades!

It always amazes and infuriates me when I think of equal pay and how obvious it is that organisations are going to end up with a lot of very disengaged, insulted (predominantly female) employees if there are no provisions in place for fair and equal salaries. It really isn’t rocket science, though you do wonder sometimes! Companies cannot expect to have good engagement across the business if they do not have good practices and policies in place. This is also not just a problem for HR Directors – the whole leadership team of an organisation needs to be aligned and lead from the top on this to set a good example to the rest of the business.

Proper benchmarking and clear criteria needs to be in place to answer questions on equal pay and to be able to demonstrate that fair and objective decisions have been made. Then, everyone needs to be aware of the criteria! Something a lot of organisations fail to go through with their employees. It’s really that simple! If your organisation cannot clearly explain why a male peer is earning more than his female counterpart, you’ve got work to do!

Part time working also needs to be considered when addressing the issues of equal pay and gender pay gaps. The average female employee earns 9.1% less than male employees. A quarter of these females are women seeking part time work. It’s acknowledged that mothers who work part time after having children are likely to feel the extreme of pay gaps by missing out on pay progression – pay progression is notoriously poor for part time workers and in the majority, tends to be women who need more flexibility after having children.

Gender pay gaps also appear in industries where women are mainly ‘shop floor’ and men hold the majority of more senior Head Office roles. Women in Retail cited that ‘women make up 60% of people in retail but only 10% of them make it into senior roles’. One of the UK’s largest charitable foundations, the Wellcome Trust recently reported a pay gap of 21%. Although women made up 64% of the workforce, most of the senior roles were held by men resulting in men earning more than 78.8% more than women on average in their mean bonus’.

On a more positive note, Iceland seem to be paving the way where equal pay is concerned. From January 2018, it was made illegal for men to earn more money than women (for doing the same job). It is now mandatory for companies with 25 or more staff to present their equal pay policies to the Government and are issued a certificate if approved. With over 50% of Iceland’s parliament being women, it is considered one of the world’s most gender-equal countries in the world.

So what can employers do?

Unfortunately, there is no one solution. Encouraging and supporting more women into senior roles would certainly be welcome but it’s also about women much further down the corporate ladder. Supporting those in part time work, making sure there’s opportunities for pay and career progression in those part time roles is critical. Offer flexible working opportunities where possible, to be inclusive of those who simply cannot work full time.

Do pay audits. Know the figures, stats and where there are imbalances. Be mindful of the cases that have hit the headlines recently. Where pay audits are done and there is no reason why a male employee is getting paid more than a female employee, align the pay! Apart from having equal pay, you will improve people’s confidence, work relationships and therefore company engagement. This translates to a happier and more loyal workforce. Retention figures will also improve as a knock-on effect. All of these things can only benefit an organisation. When I think back to my own experiences, if I had felt supported, valued and had equal pay to my male peers, I perhaps would have still been at the company now.

So all in all, when I think about the year of the woman and about women in business today, I find I have mixed feelings. I’m proud to be a woman in business and proud of how far women have come (both in and out of the workplace). There are certainly more opportunities for women than in years gone by and women are certainly becoming more powerful across most sectors and industries. However, I’m also disappointed that despite all the legislation and calls to action, we’re still a long way off from true equal pay and equality in the workplace. As more and more stories come out and as more women speak out, hopefully this year, in the year of the woman, this is the time when we can all work together to create a truly more equal world, something we can be proud of in the future.